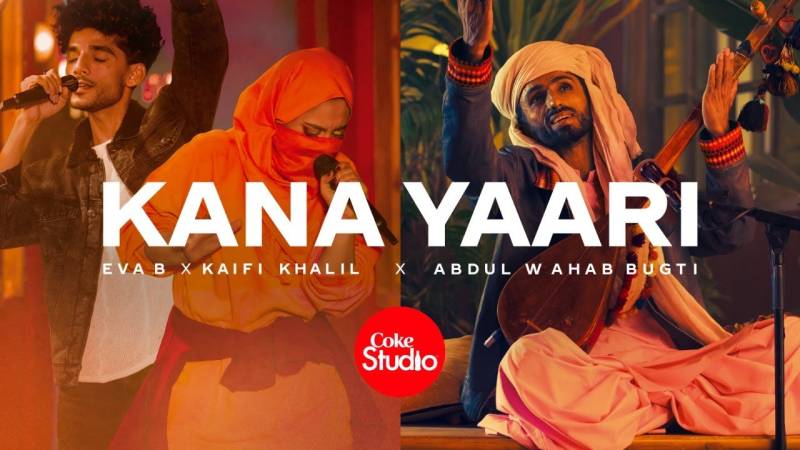 Needless to say, the Balochi pop song garnered compliments and love amongst the audience. Sung by the up-and-coming hijabi rapper Eva B, the track also starred Kaifi Khalil as the lead vocalist and Abdul Wahab Bugti playing the Tambura.

In an earlier interview with Patari, Eva B exclusively highlighted the meaning behind her name.

"Eva B under the aforementioned pseudonym where Eva is a tribute to the first woman on Earth, Eve, like the latter she too is a first in the female rapping community in the country. The added letter B is a nod to her Baloch identity," explained the outlet in a 2021 interview.

Moreover, the rapper delved into details about how she was instantly attracted to rap songs after listening to a number by Eminem while speaking to Coke Studio in a recent interview.

"I was blown away and fascinated by what I had heard. I went on to ask my friends what this music is really about. I never thought that music could be like this," confessed the rapper.

On the work front, Eva's music collaborations include one with Momina Mustehsan at the Lux style awards. Moreover, she has kept her identity hidden under a hijab because it makes her feel anonymous yet empowered.