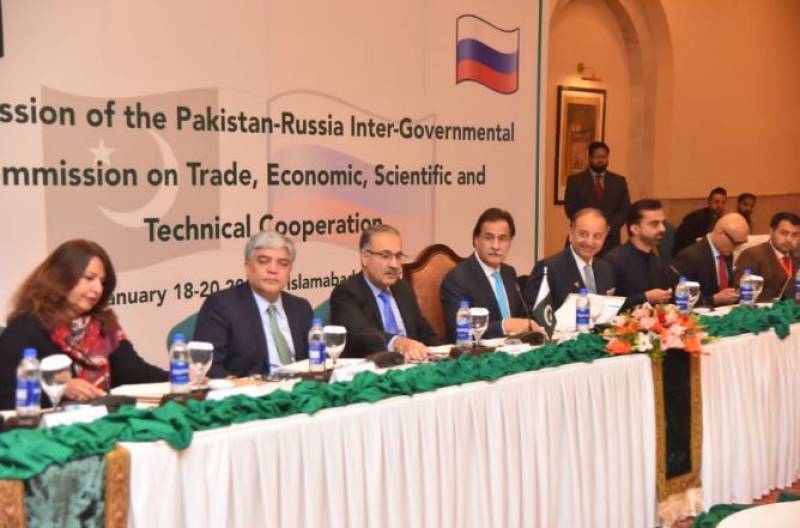 ISLAMABAD – State Minister for Petroleum Musadik Malik on Friday confirmed that Pakistan would start importing crude oil from Russia from March this year in forehand preparations to meet energy demands in summer season.

His statement comes as the annual Pakistan-Russia Intergovernmental Commission session concluded today after three-days of talks between the visiting Russian delegations and Pakistani officials. Russian Energy Minister Nikolay Shulginov led the Russian delegation to Pakistan months after the officials of the South Asian country visited Moscow for talks on import of oil and gas.

Musadik Malik, according to reports, said Pakistan wanted to import 35 percent of its total crude oil requirement from Russia. He also shared that currently Russia could not provide liquefied natural gas (LNG) to Pakistan due to prior commitments.

Meanwhile, the Russian minister said Pakistan will pay for energy purchases in currencies of friendly countries.

Earlier, Minister for Economic Affairs Division Sardar Ayaz Sadiq said both countries had agreed to sign few agreements for promotion of cooperation in diverse fields, adding that some more agreements are also in the pipeline.

He said the 8th session of Pakistan-Russia Inter-governmental Commission is going to lay foundation of a new relationship between Pakistan and Russia in the areas of economy, trade, technology, education and business to business transactions.

Sardar Ayaz Sadiq said both sides during the Inter-governmental Commission meeting discussed cooperation in range of areas including rail transportation, food security, aviation, education, oil and gas, natural resources and opening up of financial arrangements between the two countries.

The minister said that there will be significant announcements in the energy field as well.