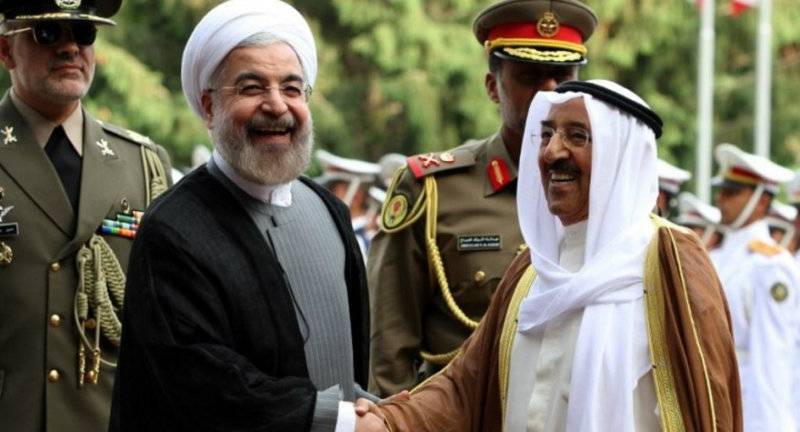 Last year Kuwait convicted 23 men - one Iranian and the rest Kuwaiti - of spying for Iran and Lebanese militant group Hezbollah after a cache of guns and explosives were discovered in a raid of the so-called "Abdali cell" in 2015.

ISLAMABAD - Qatar has urged Pakistan to play a part in diffusing the growing Gulf diplomatic crisis which started after ...

Last month, the Kuwait 's supreme court sentenced the suspected leader of the cell to life in jail and condemned 20 others to various prison terms.

The KUNA report further said the Iranian ambassador to Kuwait has been notified.

State Minister for Cabinet Affairs Sheikh Mohammad Abdullah al-Sabah, who is also acting information minister, confirmed that Kuwait had taken diplomatic action against Iran but declined to specify the measures.

"Following the supreme court ruling on the case ... the government of Kuwait has decided to take measures, in accordance with diplomatic norms and the Vienna Convention , towards its relations with the Islamic Republic of Iran ," said al-Sabah added.

The row comes as Kuwait attempts to mediate an end to the Gulf 's worst diplomatic crisis in years, after Saudi Arabia , Bahrain , Egypt and the United Arab Emirates cut ties with Qatar over accusations it supports "terrorism", an allegation Doha rejects as "baseless".