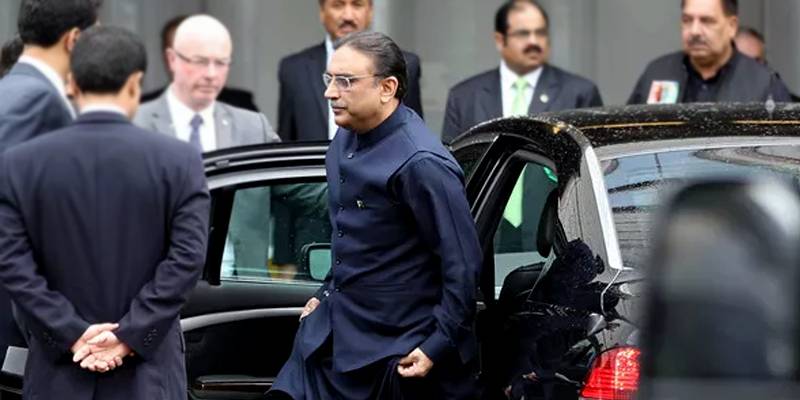 Besides revealing his lavish lifestyle, the PPP co-chairman has also stated he owns thousands of acres of agricultural land and property in Dubai and has spent millions of rupees on arms, horses and livestock.

According to the statement of assets filed with the Election Commission of Pakistan, Zardari owns over a dozen properties in Pakistan, besides his share in five properties inherited from Benazir Bhutto.

ISLAMABAD - The caretaker Prime Minister Nasirul Mulk has finally submitted the details regarding his assets to the ...

Zardari has declared that he owns just a single property outside Pakistan, contrary to the claims of his political opponents that he owns palaces in France and Dubai and properties in other countries, including the United Kingdom.

In his declaration, the 62-year-old has admitted owning an open plot in the Al-Safa Second area of Dubai, purchased at some unspecified time for an amount equivalent to around Rs100 million.

The total value of his assets is gauged at around Rs758.66m though his son worths almost double of that figure.

Delving into the details of assets, it emerges that Asif Zardari owns three Toyota Land Cruisers, two BMWs and one Toyota Lexus – all bulletproof.

The cost of the unspecified number of horses and cattle belonging to the former president has been put at Rs 9.9m and he possesses arms and ammunition worth Rs16.60m, Dawn News reported.

Zardari has shown an investment of Rs12.9m in ‘Land Marks’ (apparently a real estate business venture).

He has also admitted investing Rs890,000 in Asif apartment (Huma Heights) adding that he does not have any business capital outside Pakistan.

Further details about the assets of former state head are as follows:

Bilawal Bhutto-Zardari, chairman of the PPP, is a billionaire who owns about two dozen properties in and outside Pakistan as well as investments and bank accounts in Dubai and the UK.

Bilawal too posesses a UAE iqama. Further details about the assets of former state head are as follows: