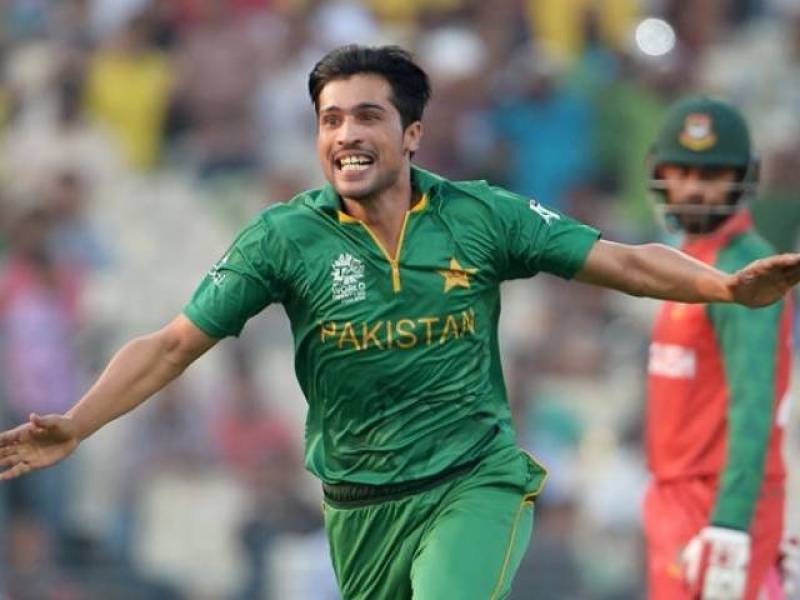 LAHORE (Web Desk) - The visa application of left-arm fast bowler Mohammad Amir has been submitted in UK embassy Islamabad. "Amir has completed the process with the submission of the visa application form and bio-metrics today," confirmed the PCB spokesperson on Friday.

Despite Amir's inclusion in the 35-men probable list for the English tour later this summer, his visit to the English shores remains under doubt. Dawn reported.

It is anticipated that the left-arm quick might be denied the visa by the UK authorities, however, PCB is hopeful that he will be granted entry in England with the assistance of English and Wales Cricket Board.

After serving his sentence, Amir was not deported, and it is hoped that would play in his favour.

UK visa laws state that a foreign individual's visa application will be denied for up to 10 years if the individual has served a jail sentence of one year to four years with in the UK.

Amir made his return to international cricket earlier this year during the national side's tour of New Zealand.

The New Zealand immigration authorities considered to withhold his application, however, Amir was granted entry on the request of New Zealand cricket board.

Amir along with then Test captain Salman Butt and Mohammad Asif indulged in spot-fixing during Pakistan's tour of England in 2010 and bowled deliberate no-balls during the Lord's Test.

He spent six-months in juvenile prison and was banned for five-years from all form of cricket by the International Cricket Council (ICC).