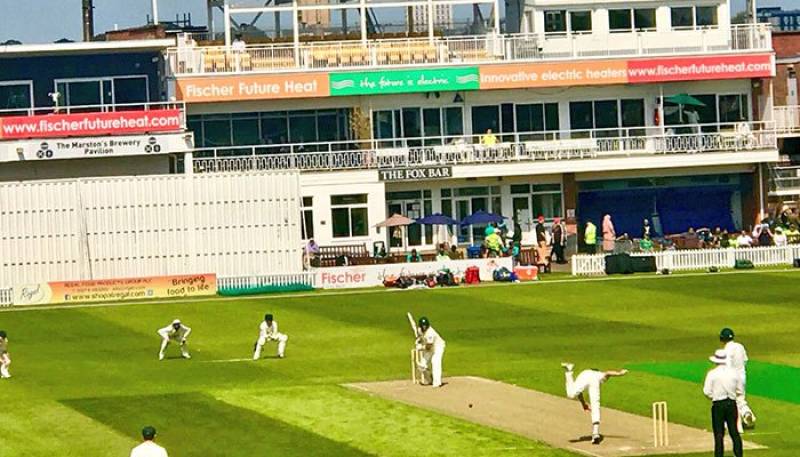 LONDON - Pakistan dominated throughout the day to win the two days practice match against Leicestershire at Grace Road on Saturday.

Pakistan were 321/9 on the closing day of the first day. Azhar Ali smashed 73 and Fakhar 71, the openers sharing a stand of 121 in an innings where Usman Salahuddin made 69.

The Green Shirts will face England at Lord's on Thursday in the first of a two-Test series.

The 33-year-old Azhar, whose 63 Tests have yielded 14 centuries, appears inked in to open against England alongside the in-form Imam-ul-Haq, rested from the Leicestershire game.

Fakhar, whose blazing century helped Pakistan beat arch-rivals India in last year's Champions Trophy one-day final at The Oval, has yet to make his Test debut.