Aiman and Minal Khan surprised with a midnight birthday bash 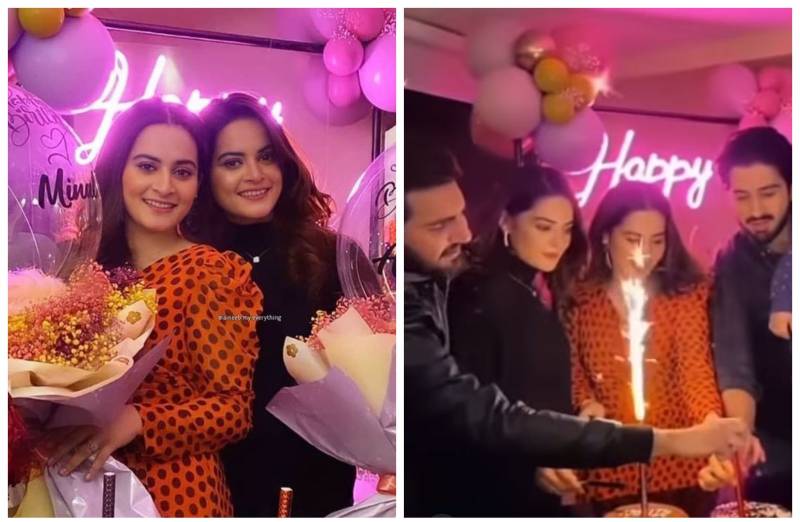 Birthday celebrations have officially begun for the Pakistani celebrity twin sisters Aiman and Minal Khan as the gorgeous sisters have turned 23.

Dressed to the nines, Aiman and Minal were spotted with their husbands and family. The party oozed style and the pink-themed celebration had a dazzling neon light 'Happy Birthday' in the backdrop.

Aiman and Minal posed with a bunch of bouquets and balloons before cutting their respective cakes.

Moreover, the beautiful celebrity sisters were all smiles as they beamingly posed for the camera with balloons and flowers.

Despite the midnight party, the divas are expected to throw a big birthday bash for their celebrity friends today and fans are waiting for their beautiful clicks.

Earlier, Minal and Ahsan made headlines after their honeymoon trip to the Maldives. The netizens had a lot to say about their viral pictures in particular Minal's dressing.

Celebrity couple Minal Khan and Ahsan Mohsin Ikram's whirlwind romance doesn't seem to dim even a bit as they continue ...