Obama gets guided tour of the Moon with aspiring astronomers 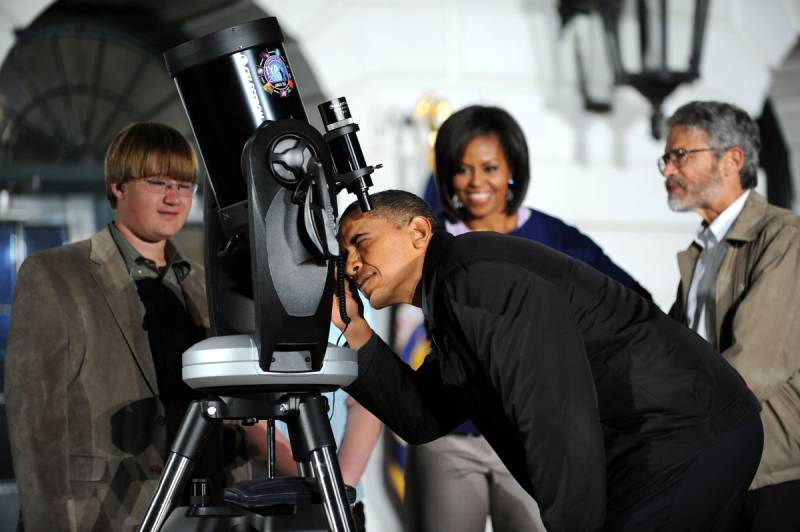 WASHINGTON (Web Desk) - President Barack Obama got a guided tour of the Moon yesterday, peering at its craters through a large reflective telescope set up on the South Lawn of the White House to promote science and technology careers at ‘Astronomy Night.’

President Obama was joined by budding young scientists who checked out a moon rock and took selfies with NASA astronauts and other science celebrities.

Chief among the selfie targets, Ahmed Mohamed, better known as ‘clock boy.’ Mohamed, 14, was arrested last month when he brought a homemade clock to his Dallas-area school that teachers mistook for a bomb. 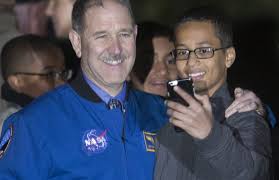 Mohamed was wearing a NASA t-shirt when he was arrested. The photo went viral, prompting an invitation from President Obama to the astronomy event. President Obama briefly met Mohamed as he shook hands with students at the event, giving the student a hug.

"We need to inspire more young people to ask about the stars," President Obama told the crowd, urging parents and teachers to help students explore the field.

"We have to watch for and cultivate and encourage those glimmers of curiosity and possibility - not suppress them, not squelch them," he said. 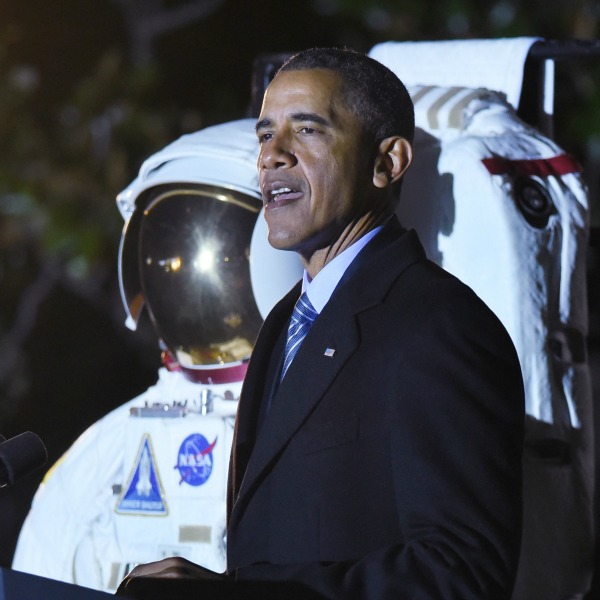 President Obama told the students that his staff don't let him ‘tinker with the telescopes,’ and got help looking at the moon from high school senior and astronomy buff Sofy Alvarez-Bareiro of Brooklyn, New York.

Alvarez-Bareiro explained to President Obama that the craters were ‘the result of heavy bombardment with other gigantic space stuff.’

"Is 'space stuff' a scientific term?" President Obama quipped, drawing laughs from about 300 students and teachers at the event. President Obama said that earlier in the day he spoke to astronauts living on the International Space Station.

He touted his administration's record in science, noting that NASA was on track to develop capabilities to send humans to Mars in the 2030’s. "Some of you might be on your way to Mars!" President Obama told the students.