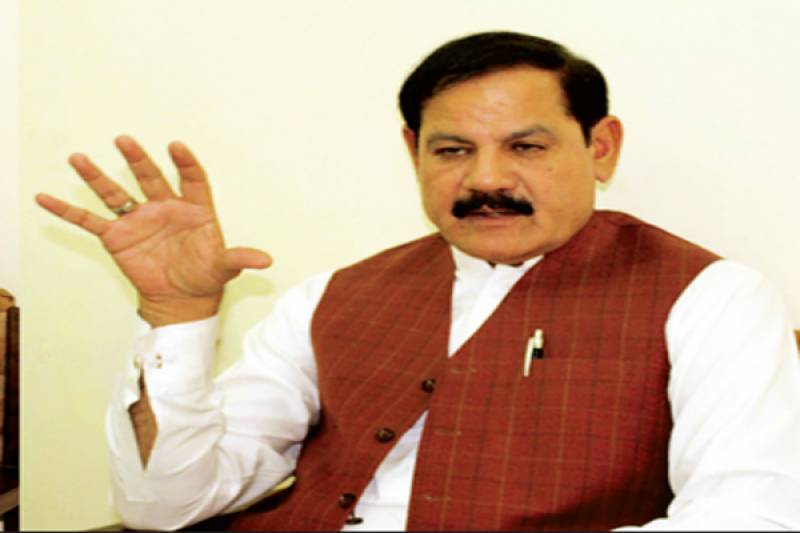 PESHAWAR – Special Assistant to Chief Minister Mushtaq Ahmed Ghani has said that the provincial government would file a petition in the Supreme Court if KP’s due share in China-Pakistan Economic Corridor (CPEC) is denied.

The minister lambasted federal government that unlike Punjab, who has been given many projects, including electricity, gas, LNG, fiber optics and industrial zones along with routes, KPK was just given one road and deprived of other facilities.

He went onto say that the province was deprived of its due share in the royalty of Oil and Gas, adding that the excise taxation was also biased. Ghani said the province gets royalty of Rs 75 per Kilo, "but the federal government doesn't give us penny."

Ghani lamented that the Federal Government was ‘trampling on the rights of smaller provinces’ and said everything was being manipulated to benefit the country’s largest province.

"We are grateful to China for the corridor as the internal matters are in the hands of federal Government, who is prejudiced against the province and excluded the western route," Ghani said adding that the Chinese ambassador had revealed it to Parvez Khattak that the exclusion of western route was Federal Government's decision.

"The 50 kilometers route that passes through Dera Ismail Khan has been snatched from us, we won't let anyone take our right," the minister said.

Ghani said that KP's due share was denied because the federal Government aims to give the benefit the southern Punjab. "We are glad that the remote areas of Punjab are being facilitated but what's our crime to deserve nothing," Ghani lamented.

In an answer to a question related to PTI's performance in the province, Ghani said the KPK has seen a dramatic positive change in its governance. "Almost 80 percent of Government departments are working on track, we cannot eliminate 'debris' of 30 years in just 3 years, however, we will make it to 100 percent if we are given two more years," Ghani claimed.

Ghani said instead of establishing properties in foreign countries, "we worked for the welfare of people, and passed revolutionary laws that ensure zero tolerance of corruption and filtering out of black sheep in the system."

He said "we get our funds very late, and our projects are delayed and slow because of this."

Ghani accused the federal government for not giving 14 percent of the income to KPK. He said the Federal government steals 400 megawatt of electricity and imposes section 144 without prior notice. "Punjab must have a heart and should not trample upon the rights of other provinces," he said.

Talking about the PTI's decision to siege Islamabad, Ghani said "we are only asking for accountability, why is the PM not answering our questions. Federal Government needs to cut down all extra taxes, inflation in costs would."