Why the Uri attack is highly suspicious 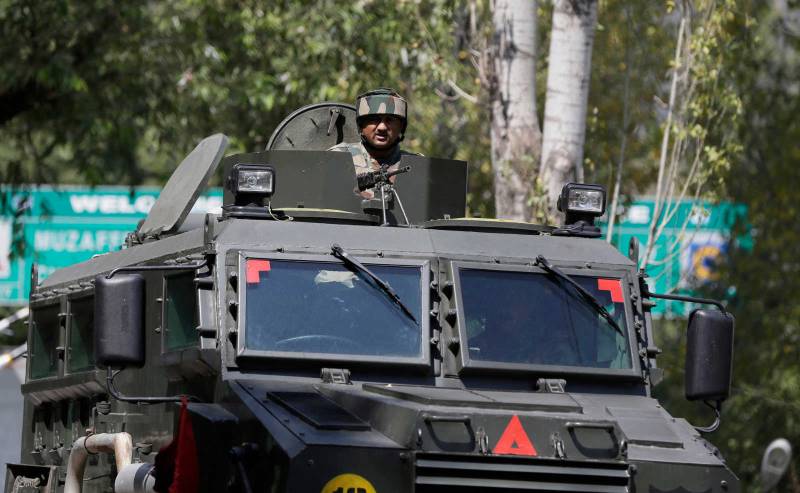 For decades, Pakistan has been criticized for ‘funding and fomenting’ terrorism across the border. Many International as well as Pakistani writers have written books and articles that outline the state sponsored militancy as obsession with the Kashmir and greed for power in the region.

However the recent Intifada in Kashmir has not only uprooted the old belief but also brought the Kashmir issue to more prominence after decades of insensitivity and blindness to the fact that Kashmir is still an unsettled dispute.

The atrocities in the occupied region not only betrayed Modi’s fascist policies but also the moral cowardliness of those who championed in parroting against Pakistan for destabilizing the region as their silence over brutality invalidates their claim to sham liberalism and activism for Human rights.

The recent terror attack in Uri seems like a diabolic attempt of India to undermine Pakistan's cause and efforts to highlight Indian atrocities in the disputed area. This is plausible because fomenting such terror attacks in the current scenario doesn't serve Pakistan's bid against Indian control in the area at International platforms.

Moreover, the attack coincided with the time when Pakistan was set to present it’s case for Kashmiris at UN.

India's own former Let. Gen of the Indian army, Syed Ata Hasnain, said on Twitter that he had warned the commander of Uri base about the attack on Sep 8.

Uri attack, this is my old HQ.Warned the Cdr specifically on 8 Sep. Happened in 10 days. Done to remove pressure from hinterland army move

According to NDTV, the assailants were privy to all the inside details of military headquarter.

The assailants were aware of the ongoing alterations in duty shifts of Indian troops which served as an opportunity for them to launch an offense. The temporarily disordered schedule paved the way for contingent break in which shows the failure of security system.

This is further confirmed by the statement of India’s very own Defence minister Manohar Parrikar, who in May 2015 admitted that India ‘neutralizes terrorists only through terrorists’ after a dossier was sent to UN by Pakistan.

Furthermore, India Today in September 2013 report revealed that a Technical Support Division (TDS) was raised by the Indian army specifically to carry out covert operations. TDS mission mainly related to financing of bombings and session movements in the neighboring states through pouring in of several crores of rupees.

Though the Indian state, under the drama of ‘Secularism’ managed to do well at International platforms, the truth may be far murkier than India claims.