Indian Muslims stand up for Jinnah in Rajasthan 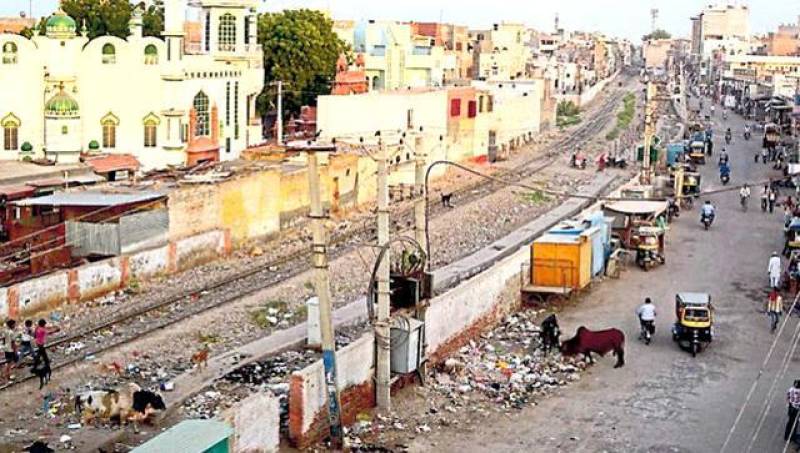 BIKANER (Web Desk) - Although India is ramping up unnecessary pressure on Pakistan but a group of Indian Muslims have stood up in Rajasthan's Bikaner district to show support for a road named after Pakistan's founder "Muhammad Ali Jinnah".

Nearly 447 km away in Bikaner district  a 500-metre stretch of road bears a title that’s open to communal interpretation. It’s Jinnah Road for Muslims, and Subhash Road for Hindus and historians are insisting to keep going with the same name.

Former mayor Maqsood Ahmad, who owns an eatery on the road, believes it was named after the Pakistan founder many decades ago in the country’s past.

“Poets used to sit here long back, and it was probably they who named the road after Jinnah,” he said, raising his voice to make himself heard.

He opines that the road was renamed as Subhash Marg in 1967 but the public still calls it "Jinnah Road" as their memory can;t be faded away with mere renaming.

“Look at the King Edward Memorial Road, for instance. It’s now titled Mahatma Gandhi Marg, but how many people do you ever hear calling it that?” he stresses.

Bikaner municipal commissioner Rakesh Jaiswal also throws weight behind Maqsood saying that though the stretch is named Subhash Road officially but most locals still invoke Jinnah’s name while referring to it. Even Google Maps seems confused. It calls the stretch of road extending till Chaukunthi flyover as Jinnah Road, and the rest of the route as Subhash Road.

An 85-year-old history professor expressed that the road was called Jinnah Road as early as 1961.

Aminuddin says the stretch is still known as Jinnah Road near Kote Gate, where the concentration of Muslims is high, and Subhash Road on the other end  which enjoys a Hindu majority. “Surprisingly, neither Jinnah nor Subhash (Chandra Bose) ever visited Bikaner,” he points out.

Another resident suggested that a demostration was staged to rename the road as ‘Subhash Road by placing sign boards on both ends of road. The boards were placed but were later not seen due to unknown reasons although the community still co-exists with no major clashes.