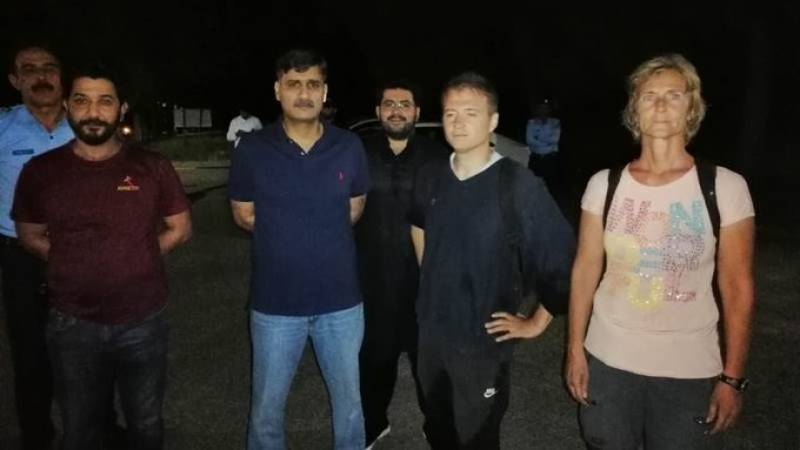 ISLAMABAD – Two foreign diplomats who lost their way during hiking at Margalla Hills have been traced after hours-long efforts, the capital city police said on Sunday.

According to details, the police got information through Control room that two diplomats including Second Secretary and Female Attache of Hungarian embassy went at trail VI at 7 am and did not return.

He constituted special team under supervision of SSP (CTD) Dr. Syed Mustafa Tanveer including SP (Saddar) Sarfaraz Ahmed Virk and others. This team searched for the diplomats for hours in Margallah hills and succeeded to safely recover them.

The DIG (Operations) and SSP (CTD) also visited at trail VI and met with the diplomats who thanked police for efforts to search them.

The IGP appreciated this performance and announced cash prizes and commendation certificates for members of police team.