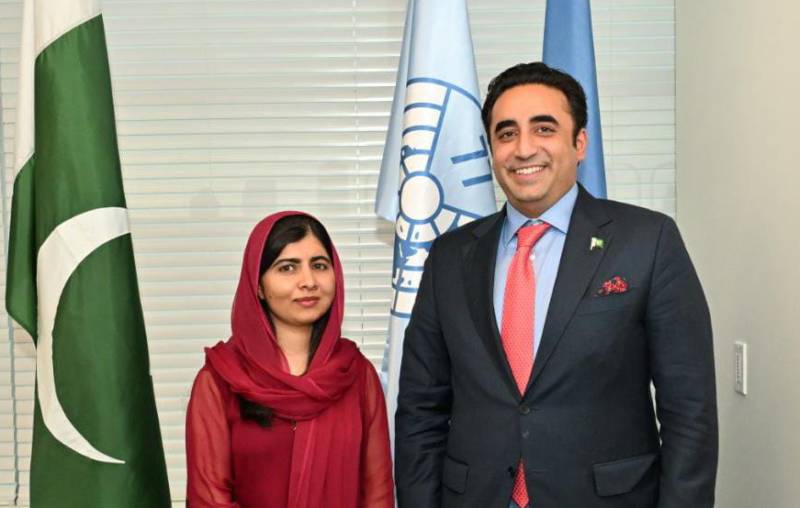 PPP Chairman, who visited the US to attend the UNGA session, shared the development on Twitter, “Met Malala at UN General Assembly and exchanged views on women rights and girls education”, he wrote.

The two also exchanged views on devastating floods and challenges posed by this climate catastrophe to education for millions of young children in South Asian country.

Both Oxford graduates underscored the need to rebuild educational infrastructure in the aftermath of deluges to ensure continual access to education in the wake of the calamity that damaged thousands of educational institutions.

Meanwhile, restoration work of schools has been delayed while parents fear that the educational journey of their children will be interrupted.

ISLAMABAD – Oxford Pakistan Programme, a major initiative, was launched at the Lady Margaret Hall (LMH) of the ...

Pakistani rights campaigner Malala will address the Leader's Day of the Transforming Education Summit at the UN session where she, along with other activists working for education, will be raising pertinent issues facing the youth and school-going children in parts of the world.