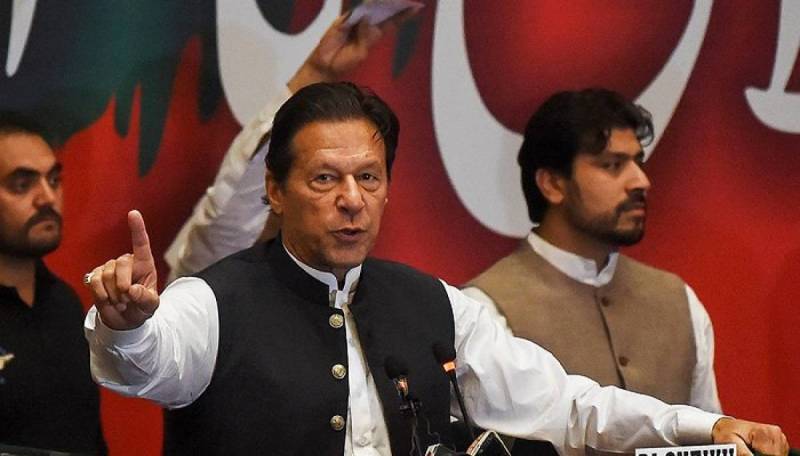 Addressing a massive rally in Chakwal, the PTI leader said If anybody tried to scare or threaten you using anonymous numbers, threaten them back.

The outspoken politician reiterated breaking the shackles of fear as he mentioned that PTI leaders and supporters were receiving threat calls from a number that cannot be identified.

Referring to mysterious figures which he called 'Mr X' and 'Mr Y', Khan said these people are trying to intimidate the people. It’s time to smash the idol of fear and combat threats with similar tactics, he said.

Addressing the charged crowd, the defiant politician commented on the military spokesperson’s statement about the appointment of the new Army Chief.

DG ISPR should have at least understood what he said and what it meant, he added, while justifying his statement that he wanted the appointment of COAS on merit.

People like deposed PM Nawaz Sharif and ex-president Asif Zardari should never make such crucial decisions as they oppose merit.

He also rapped Zardari and Sharif to appoint his son and daughter as party chairman while he called Maryam PML-N’s ‘queen’, arguing that senior politicians like Aitzaz Ahsan and Chaudhry Nisar were sidelined for 'all in the family' politics.

ISLAMABAD – Former Pakistani premier Imran Khan has once again provided fodder for a meme fest on social media as ...

Khan also mentioned PM Shehbaz’s struggle with headphones during his meeting with Vladimir Putin, saying his legs were shivering while meeting the Russian President.