Pakistan vs England, T20 series: When and where to watch live telecast, live streaming 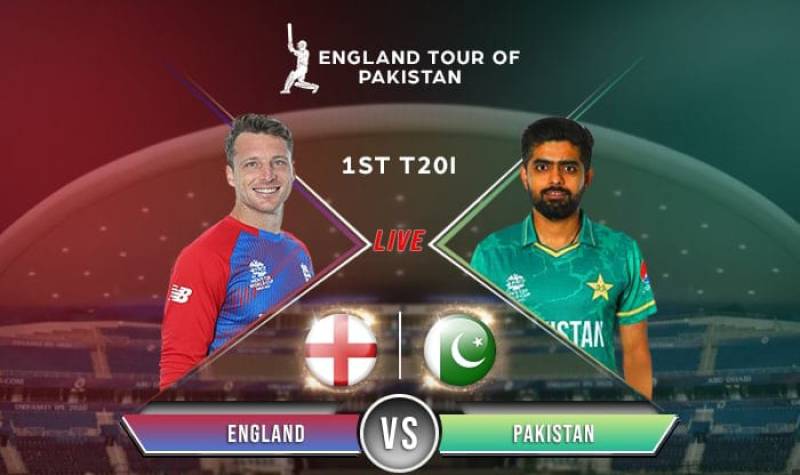 KARACHI – Pakistan’s national men’s cricket team will face England in the home T20I series for the first time in 17 years.

The first four games are being played at Karachi International Cricket Stadium with a cricketing capacity of 34,228 however millions of fans, who could not get tickets, will watch the game via digital streams.

Other than the mainstream channels, viewers can also watch the game on Daraz and Tapmad TV.

England fans or Pakistani residing in the UK can watch the on Sky Sports and Fox Sports will air the live stream in Australia.

The first game of the seven-match series will start at 07:30 pm today. The matches will be part of the first leg of England’s tour of Pakistan as they will return after the ICC Men’s T20 World Cup 2022 for three Tests in December this year.

On Monday, the trophy for the T20I series was unveiled at National Stadium. Pakistani captain and star batter Babar Azam and his English counterpart Jos Buttler posed with the trophy in pictures shared by PCB.

LAHORE – Images of Pakistan’s official jersey for T20 World Cup got leaked hours before its official ...

Men in Green come into the series after Asia Cup 2022 campaign, where they managed to reach the finals, however, Sri Lanka bagged the final game.

Pakistan will lock horns with England without key pacer Shaheen Shah Afridi and opener Fakhar Zaman as they are both injured, and Shan Masood this time got the opportunity to play for team green.

Meanwhile, the visitors will look to regain momentum ahead of T20 World Cup as they lost all three T20I series they have played in 2022. England will come with newer players including Will Jacks, Phil Salt, and Harry Brook in absence of skipper Jos Buttler.

LAHORE – The trophy for the T20I series between Pakistan and England was unveiled at National Stadium in Karachi ...