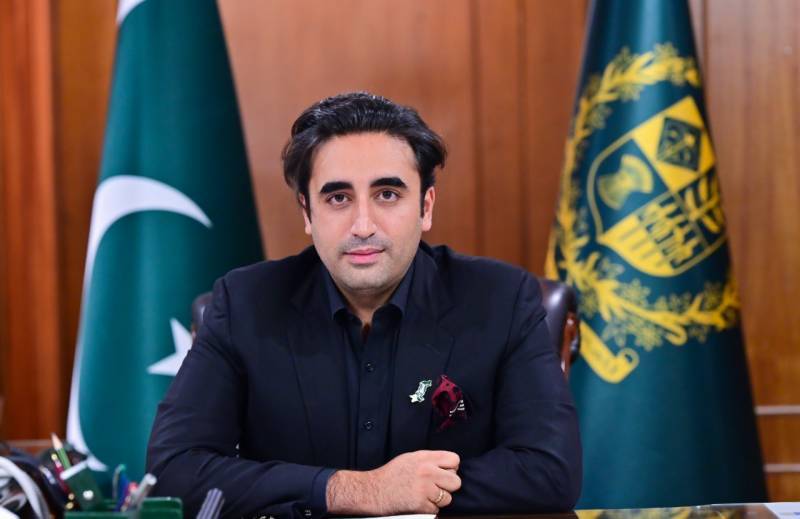 ISLAMABAD – Foreign Minister Bilawal Bhutto has urged the Organisation of Islamic Cooperation to approach the UN chief to appoint a special envoy on Islamophobia, saying hostility toward Muslims has reached an alarming level worldwide, especially in Europe.

Speaking at a meeting of the OIC Contact Group on Muslims in Europe held on the sidelines of UN General Assembly's session, FM said "What is most worrisome is that Islamophobia continues to find strong resonance in political spheres in Europe, ultimately leading to institutionalisation of Islamophobia through new legislations and policies such as discriminatory travel bans and visa restrictions."

Bilawal mentioned UN General Assembly’s resolution, to combat Islamophobia and said the momentum generated by this resolution should be maintained.

"Today, one of the worst manifestations of such Islamophobia is in Hindutva-inspired India," FM said, adding, "Driven by the ideology of hate against Muslims, the (ruling) BJP-RSS regime is executing its century-old plan to obliterate India's Islamic legacy and to transform India into an exclusive Hindu state.

He also reaffirmed full support for the Palestinian people's struggle for self-determination and against foreign occupation, saying the festering wound of Israeli occupation and atrocities in occupied Palestine is the principal source of instability, tensions, and conflict in the entire Middle East.

"To bring peace and stability to the Middle East, the issue of Palestine -- the source of the region's insecurity and its multiple conflicts -- must be effectively addressed as the first and most urgent priority," he added.

Islamabad remains ready to work with other member states in any move to stop the ongoing bloodshed, and restore the human dignity and human rights of the Palestinian people in the occupied territories, he said.

ISLAMABAD – In a landmark development, the Organisation of Islamic Council (OIC) unanimously adopted a ...

Pakistan introduced the resolution on behalf of the Organization of Islamic Cooperation. It marks the day when a gunman entered two mosques in Christchurch, New Zealand, killing 51 victims and injuring 40 others.