According to reports: Jhanvi Kapoor, Sidharth Malhotra team up for ‘Dostana 2’ 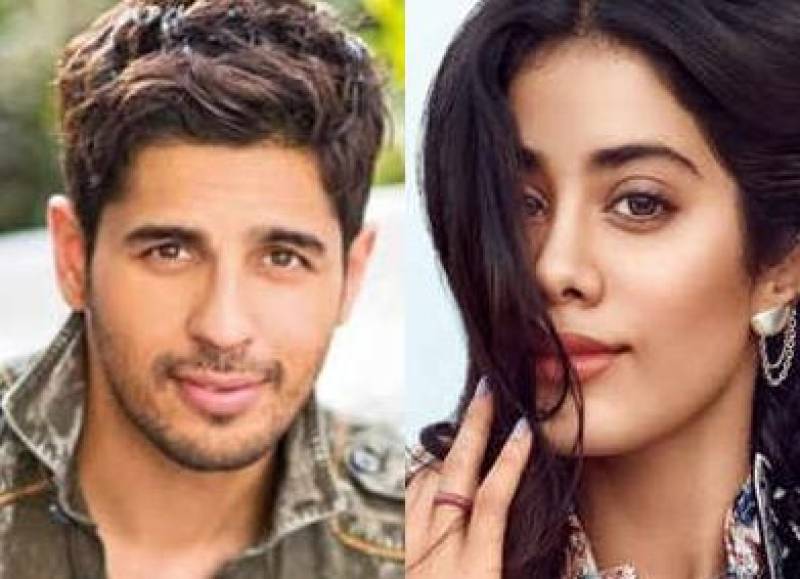 MUMBAI - Bollywood film industry is full of talented artists and this year many emerging young stars have entertained the audience with their debut movies. One such talented young actor includes Late Sridevi's daughter Jhanvi Kapoor.

Jhanvi is making waves in the Bollywood industry since her film Dhadak released. Well, the news is that after Dadhak and signing Takht, Karan Johar has signed Jhanvi for another venture Dostana 2, part two of Dostana (2008) along with Sidharth Malhotra.

Dostana was the year 2008 release, starring Abhishek Bachchan, Priyanka Chopra, and John Abraham. The film was first to be its kind in India to touch the tabooed issues of homosexuality and highlighted such a topic for the first time in mainstream cinema.

Indian media forum, Hungama reported,  Karan Johar has finalized the script and has signed  Jhanvi Kapoor and Sidharth Malhotra for the sequel. “Karan always wanted to make Dostana 2, especially after the first film worked so well. Now finally he has a script for the film, which of course will speed up production. As for the cast, Karan has finalized both Sidharth and Janhvi and is currently looking out for the third lead role that will again be a male lead".

Boney Kapoor's daughter Jhanvi will be the youngest star cast in Karan Johar's Dostana 2. The movie is in its casting process and it will be directed by Tarun Mansukhani.