Turkey converts another church into mosque after Hagia Sophia 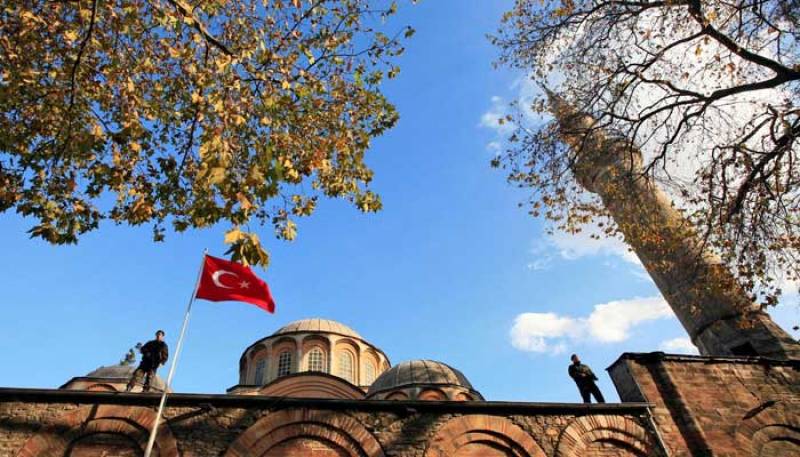 ANKARA – Turkish President Recep Tayyip Erdogan on Friday signed an edict to convert another historic Chora church into a mosque.

The move comes a month after famed Hagia Sohpia was opened for prayers for Muslim worshipers.

The mediaeval Church of the Holy Saviour is built near the ancient city walls of Constantinople.

They Byzantine mosaics and frescoes contained by the mosque were plastered over after Muslim Ottomans conquered the city in 1453. The church was against renovated after it was converted to a museum by secular rulers of Turkey around 70 years ago.

An edict signed by Erdogan declared “the management of the Kariye Mosque be transferred to the Religious Affairs Directorate, and (the mosque) opened to worship.”

The edict does not mention when the place will be opened for Muslim worship.