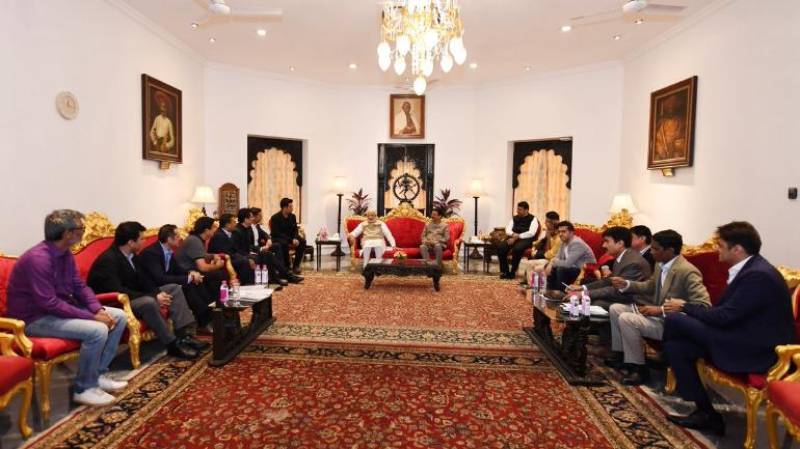 On, Tuesday 18th December, PM Modi held a Bollywood meeting comprising some big names of the industry, including Akshay Kumar, Bhushan Kumar, Ajay Devgn and Karan Johar. He shared a picture of the meeting on his Twitter handle and was instantly criticized for not having a single woman in the meeting.

Had an extensive and fruitful interaction with a delegation from the film and entertainment industry.

The delegation spoke about the strides being made by the film and entertainment industry, and gave valuable inputs relating to GST for their sector. https://t.co/ulQMtxTJQj pic.twitter.com/n4Dn38EJLr

In the tweet, the PM called the interaction "fruitful" and "extensive". He also said that the delegation spoke about the "strides being made by the film and entertainment industry.

Bollywood stars including Akshay Kumar was also part of the interaction. He thanked the PM for his presence and for discussing issues pertaining to the film industry.

However, filmmaker and writer Alankrita Srivastava, Saumya Baijjal, Bollywood diva Dia Mirza and many others noted that no women were part of these discussions.

This is wonderful! Is there a reason why there were no women in this room? @akshaykumar https://t.co/oO9teT3Gyi

Where are the women?? Is female representation not a necessity? Seriously? Women create and contribute in this industry as much as men. And the truth is that we have it much harder in every field!! It’s 2018 folks. #Gender #WhereAreAllTheWomen @narendramodi @akshaykumar https://t.co/S4RGH6IQqo

Would be great to have female representation in these delegations. It is 2018. https://t.co/HoxGbptgwX

And there’s NOT a single woman film-maker, director, writer, actress in this frame. The Boys still rule Bollywood. #bollywood https://t.co/2l3e1FjwYM

And there’s NOT a single woman film-maker, director, writer, actress in this frame. The Boys still rule Bollywood. #bollywood https://t.co/2l3e1FjwYM

Not even a single women in meeting. Is hindi film industry lead by male only ? Cc @ReallySwara

A very sad moment for the women of India where the PM meets with a delegation of film industry where women are objectified but never a part of any delegation. Who curated the list of invitees? Shouldn't the person be questioned?

This is not the first time the Indian PM has been criticized for holding a meeting with all-male panels. A smaller delegation from the film industry had met the PM earlier in October. This group included Aamir Khan, Rajkumar Hirani, Siddharth Roy Kapoor, and Ritesh Sidhwani among others.

What?! No women in this gathering? Entertainment industry has women as an intrinsic part of it. How do they dream of nation building without involving women in the process? Disappointing. https://t.co/bXRQjNm9ET