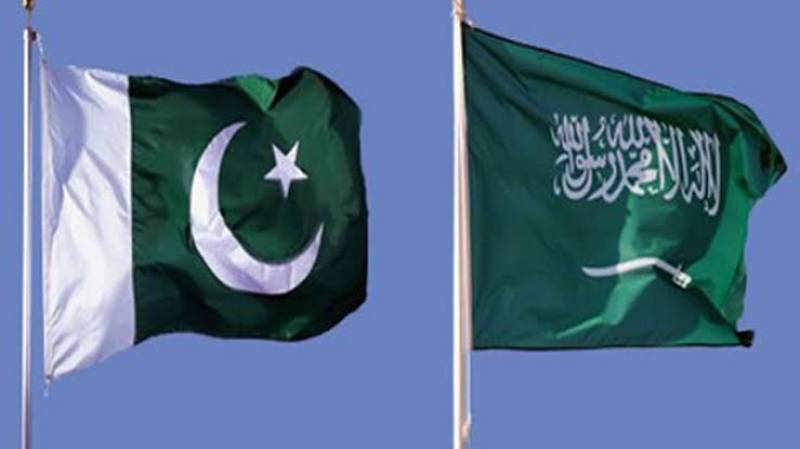 ISLAMABAD - Saudi Arabia has rejected speculations that the kingdom had pressured Pakistan from taking part in Kuala Lumpur Summit in Malaysia.

Saudi Arabia said that the news promoted by some parties about alleged pressure from the kingdom on Pakistan is nothing but “baseless and fake”.

The press release issued by Saudi Embassy in Islamabad made it clear that Pakistan and Saudi Arabia have brotherly relations and have mutual respect for each other and have mutual agreements for the unity of Islamic nation and maintaining the independence decision. 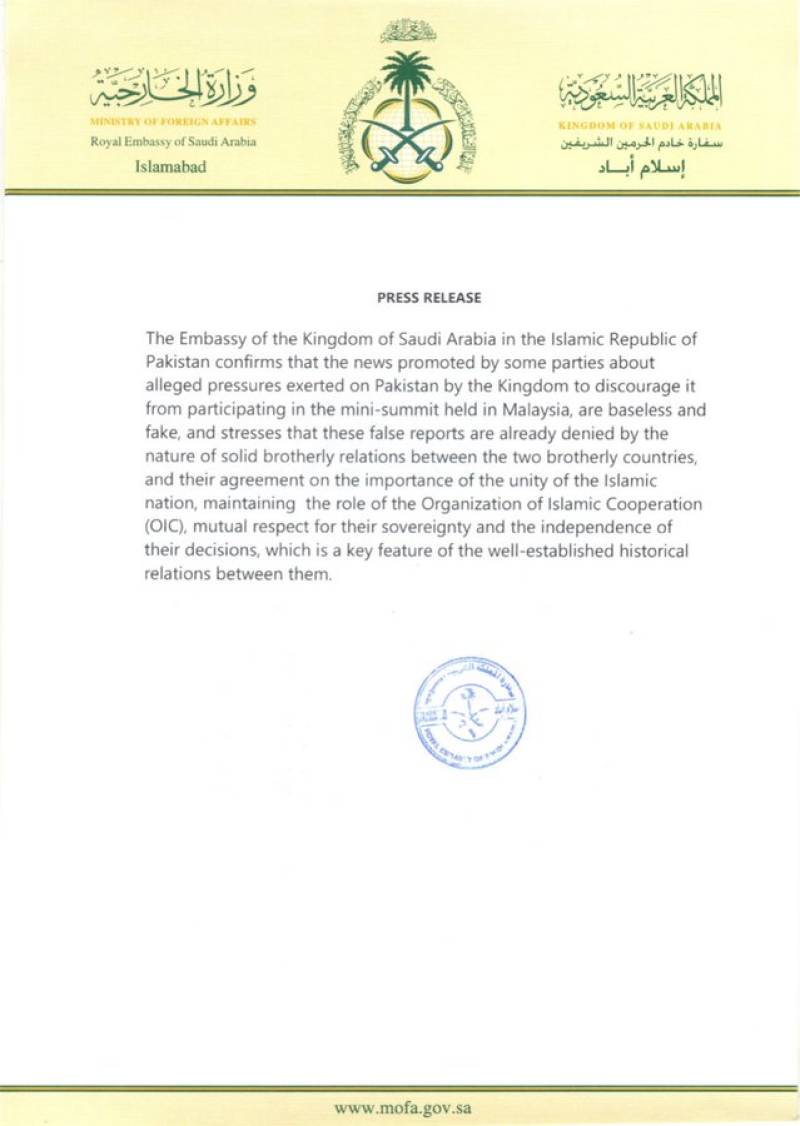 Pakistan did not take part in Malaysian Summit called to shed light over the issues of the Muslim world despite that PM Imran Khan was invited by Malaysian PM Mahathir Mohammad. Turkey, Qatar and Iran also took part in the summit held in Kuala Lumpur.

Earlier on Friday, Pakistan clarified that it has skipped the ongoing summit of several Muslim countries in Kuala Lumpur to address concerns from some Muslim countries of a possible division in the Ummah.

"In response to questions from the media, the Spokesperson stated that Pakistan did not participate in the KL Summit as time and efforts were needed to address the concerns of major Muslim countries regarding possible division in Ummah," said a press release issued by the Foreign Office.