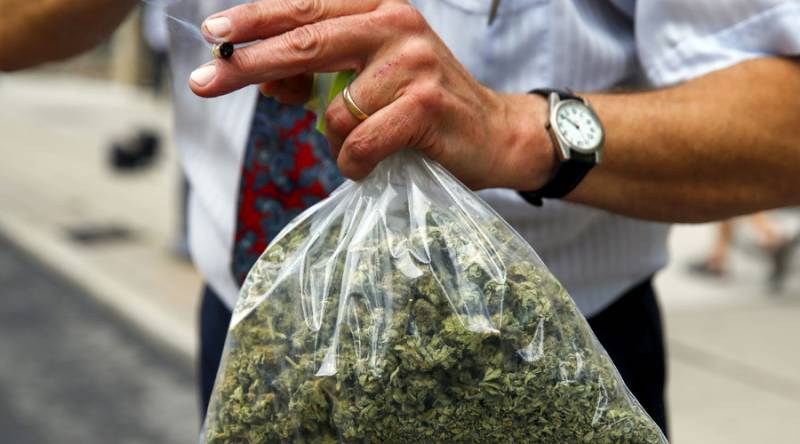 TOMSK (Web Desk) - A Russian man told police that he had won the illegal substance on a website after writing an article of the effects of narcotics.

Siberian police arrested the man for possession of the drug ‘spice’.

The police found 5 grams of the designer drug on the young man, who was high on the substance at the time of his arrest. Spice is also known as ‘synthetic marijuana’ and ‘fake weed’.

He told police that he took part in an online contest to describe the effects after using spice and that a few days later he was contacted by the website and told that his article had won and he could collect his prize, RT reported.

The police found him at a train station completely high and he may now face up to 10 years in prison for possession of an illicit substance, while the police are looking for others involved in the drug-related crime.