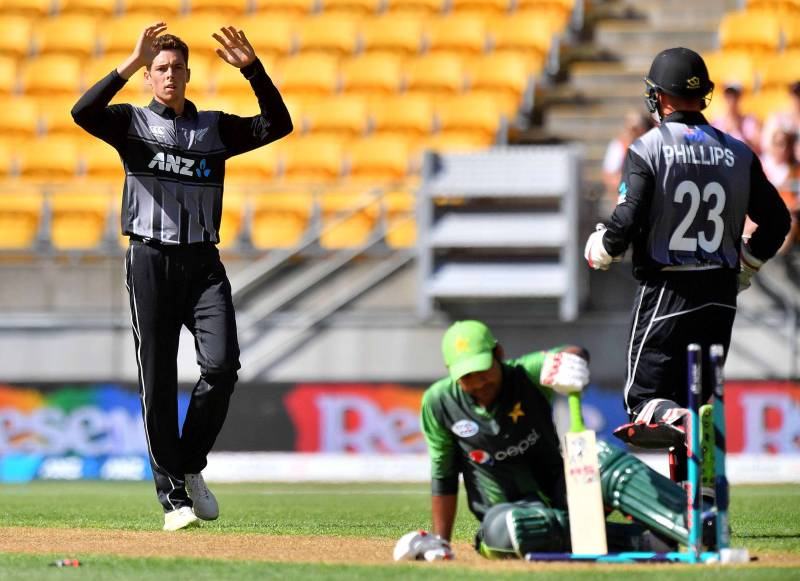 WELLINGTON - New Zealand on Monday won the opening Twenty20 against Pakistan by seven wickets with 25 balls to spare in Wellington.

Colin Munro was left 49 not out as they reached their 106 run target for the loss of three wickets in the 16th over.

Sent into bat, Pakistan were all out for 105 with two balls remaining in their innings. Babar Azam made 41 while for New Zealand Tim Southee took three for 13 and Seth Rance had figures of three for 26.

The tourists lost both openers Fakhar Zaman and Umar Amin early session while Mohammad Nawaz and Haris Sohail were the next to go, as Pakistan were reduced to 22-4 before six overs.

Hit on the head by a wayward throw from Colin Munro's while taking a run in the match, Malik also couldn't play the last two of the five-match ODI series which Pakistan lost five nil.