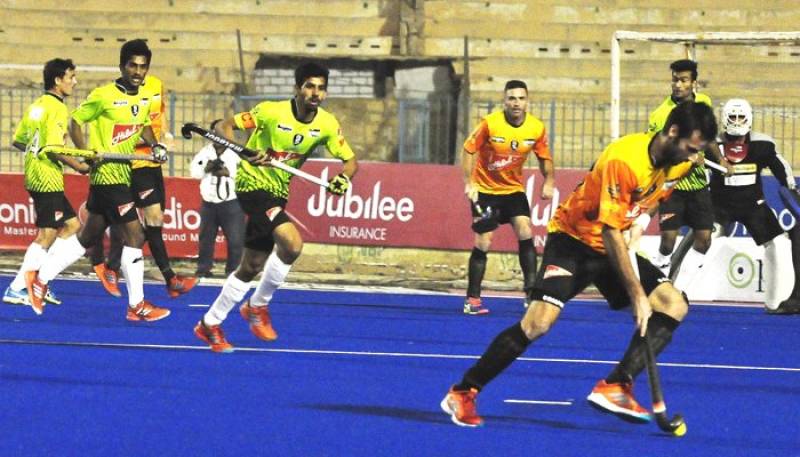 LAHORE – The second match of the Hockey Cup 2018 between Pakistan and World XI teams ended with a 3-3 draw at National Hockey Stadium in Lahore on Sunday.

World XI lead the series by 1:0 as the young Pakistani side was outplayed 5-1 by the experienced World XI in the first match in Karachi on Friday.

Where to watch Live match?

Tickets for the Pakistan and World XI hockey series are available at selected TCS outlets in Lahore. However, hockey fans can purchase tickets from entry points of the stadium at the reasonable price," Ejaz Ahmad, spokesman of the Pakistan Hockey Federation to told Daily Pakistan.

“Tickets are priced at Rs 250, Rs 500 and Rs 1,000 and are available today at outside the stadium," he added. “The tour of World XI is very significant to revive international hockey in Pakistan “, he said adding ” we expect big gatherings at Karachi and Lahore as international hockey returns to Pakistan after a long gap".

The World XI will comprise 15 to 16 players, mostly from Australia, Germany, Holland, Belgium and Spain.

The team will later leave for a tour of Argentina on February 5.