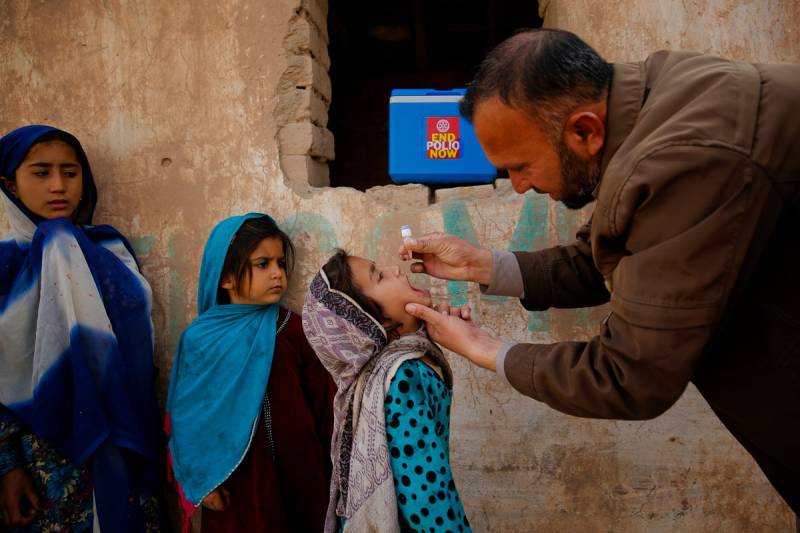 ISLAMABAD – A countrywide polio immunization campaign commenced on Monday during which about 39 million children under the age of five will be administered anti polio drops.

As many as 260,000 polio workers are participating in the drive which will go door to door to administer anti polio drops to the children.

PM's Focal Person for Polio eradication Babar Bin Atta in a statement said the current season is suitable for the eradication of polio.

He said eradication of polio from the country is a collective responsibility of every Pakistani.

Meanwhile, Coordinator National Emergency Operations Center for Polio Eradication Dr Rana Safdar said an effective policy is being pursued and all resources are being utilized to rid the country of this crippling virus.

A spokesman of the Provincial Health Department told our Peshawar correspondent that about six point seven million children upto five years of age will be administered anti-polio vaccine during the campaign.

More than thirty-one thousand teams have been constituted which will visit door-to-door to ensure administering anti-polio drops to all the children.

Polio teams are also available at bus stops, railway stations, Afghan refugee’s camps and other public places to administer anti-polio vaccine to all the children.

The spokesman added more than thirty thousand personnel of law enforcing agencies have been deputed for security of polio teams.

Three-day anti-polio drive also began in all the districts of Balochistan today.

According to Provincial Coordinator Polio Emergency Operation Centre, during the drive, 2.5 million children up to five year of age would be administered anti- polio drops.

About nine thousand mobile teams have been constituted which would administer anti-polio drops to the children on their door steps.

Foolproof security arrangements have been made for protection of mobile teams across the province.