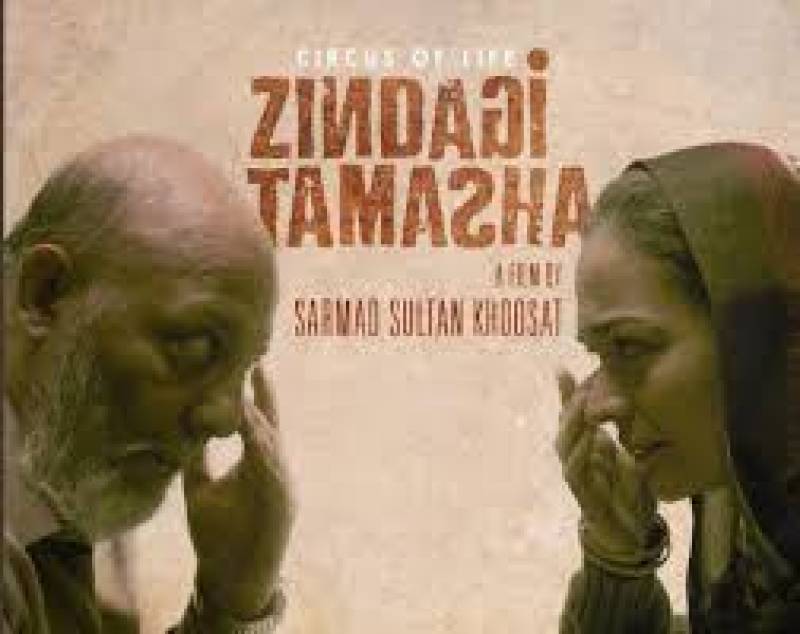 ISLAMABAD - The federal government has decided to approach the Council of Islamic Ideology for its opinion over the upcoming film, Zindagi Tamasha, amid the calls of protest against the now-controversial movie.

The Central Board of Film Censors will approach the CII for a critical review of the movie, Special Assistant to Prime Minister on Information and Broadcasting Dr Firdous Ashiq Awan tweeted.

She added that the producer of the film, Sarmad Khoosat, has also been directed to stop the release of the movie.

Following the announcement of temporarily stopping the release of the film, the Tehreek-i-Labbaik Pakistan (TLP) has called off its protest scheduled for tomorrow (Wednesday).

Earlier today, the Sindh Board of Film Censors (SBFC) barred the release of the movie.

"If the film is released for public exhibition, it may create unrest within the religious segment of the society and may deteriorate and be detrimental to the peaceful circumstances in the country," read the SBFC notice

Meanwhile, the Punjab government also announced to re-examine the movie, stating that the film will not be released until a final decision is taken into the matter.

The acclaimed Pakistani filmmaker-cum-TV actor, Irfan Ali Khoosat has filed a petition in a Lahore civil court against the Tehreek-i-Labbaik Pakistan (TLP) for "trying to interfere into the smooth running, public screening/releasing" of the movie Zindagi Tamasha.

In the petition, Irfan urged the court to "[restrain] the defendant permanently from interfering into the peaceful releasing/public screening of an above-named film on big screen/cinema in all over Pakistan illegally, unlawfully".

The petition says that by releasing Zindagi Tamasha, Khoosat Films aimed to "bring the soft image of the society among the public at large, to reduce the stress from the minds of peoples (sic) of the country and to promote the positivity in the society". It further points out that the movie had been cleared for release by all censor boards in the country.

"The defendant (TLP) who has no concern whatsoever with the above-said film is trying to interfere into the smooth running public screening/releasing of the above-mentioned film in cinema screen all around the country without any lawful justification," the petition read.

On Tuesday (today), the petition was heard by judge Ziaur Rehman, who issued notices to all respondents to appear before the court tomorrow to present their arguments.

Irfan had also filed for an interim injunction from the court under Rules 1 (cases in which temporary injunction may be granted) and 2 (injunction to restrain repetition or continuance of breach) of Order 39 read with Section 151 of the Code of Civil Procedure.