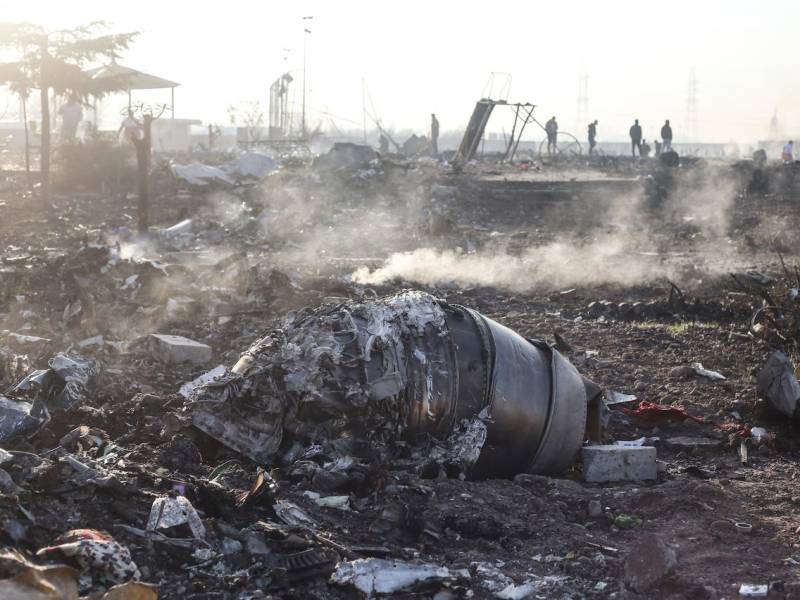 TEHRAN - In the second published preliminary report into the incident, Iran's Civil Aviation Organization said that the Ukrainian International Airlines aircraft that crashed immediately after takeoff in the Iranian capital of Tehran was hit by two short-range Tor-M1 missiles, killing all 176 passengers and crew on board.

According to the report, two Tor-M1 earth-to-air missiles were fired at the Boeing 737-800 aircraft from the north. The jet lost all contact with air traffic control at 8,100 feet, after it took off from Tehran's Imam Khomeini International Airport at 06:12 local time (02:42 GMT) on January 8.

The aircraft then struck the ground in the vicinity of a public park, before breaking apart as it crossed a soccer field and catching alight, the report stated.

The Iranian military has admitted to unintentionally shooting down the jetliner, having confused it with a hostile cruise missile in anticipation of a US attack.

Citizens of Ukraine, Afghanistan, Canada, Germany, Iran, Sweden and the United Kingdom (UK) were among those who were killed in the incident.