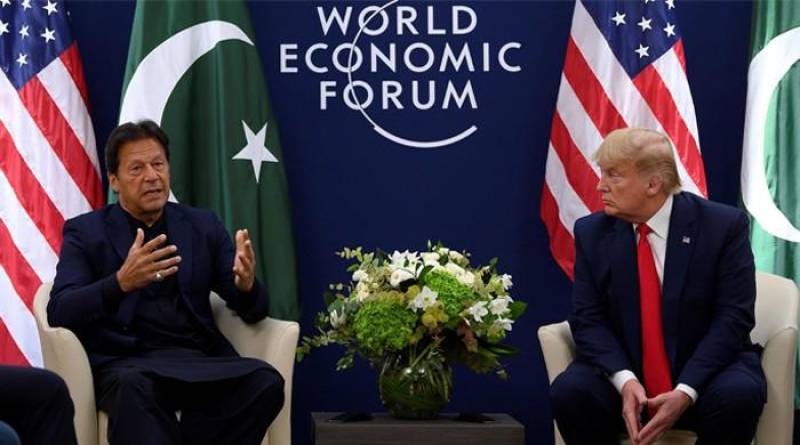 DAVOS - Prime Minister Imran Khan and US President Donald Trump on Tuesday held a meeting on the sidelines of the World Economic Forum 2020, being held in Switzerland, alongside their delegation.

During the meeting, the US president said that he would talk to Indian Prime Minister Narendra Modi about the ongoing issue in occupied Kashmir.

"What’s going on between Pakistan and India … if we can help, we certainly will be willing to. We have been watching it very closely and it's an honour to be here with my friend," he added.

PM Imran said, "The Pakistan-India conflict is a very big issue for us in Pakistan and we expect the US to always play its part in deescalating the tensions, because no other country can".

Talking about Afghan issue, the premier resolved to play the role to ensure stability in South Asian region. He said: "Fortunately, America and Pakistan are on the same page regarding Afghanistan. Talks are being held between their government and Taliban.

The last time Trump and PM Imran had met in 2019 when the US president had vowed to play a role of mediator to resolve the Kashmir issue. This statement had then caused a frenzy in India.