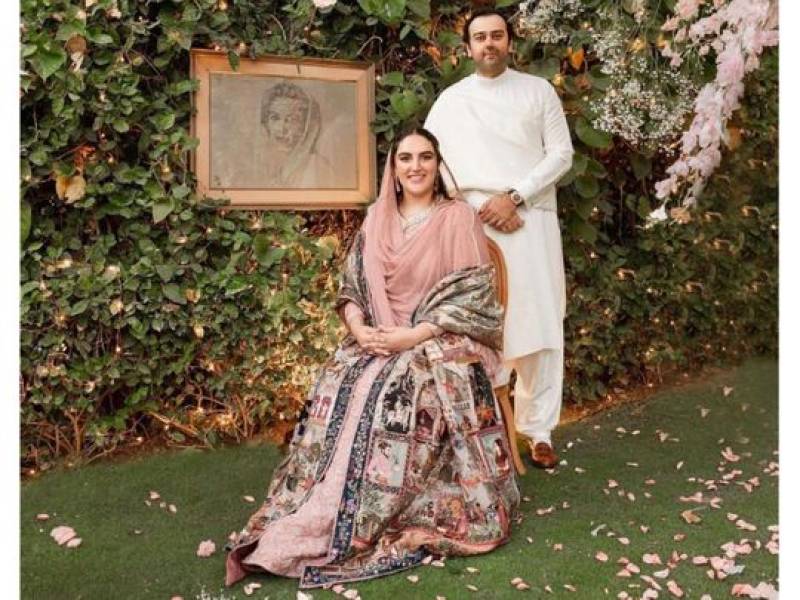 Bakhtawar Bhutto Zardari and Mahmood Chaudhry's wedding celebration has been in full swing lately, as the groom has finally arrived in Pakistan ahead of the festivities slated for later this month.

Mahmood reached the metropolis on a Gulf airline flight, according to local media.

The wedding celebrations will start from January 27, and the Nikah will be held on the same date. The Walima reception is reportedly planned for January 30.

The daughter of former President Asif Ali Zardari and slain PM Benazir Bhutto got engaged to the UAE businessman in a lavish ceremony at Bilawal House in Karachi. The event was kept intimate with close family members and friends in attendance. Bilawal Bhutto could not attend the ceremony as he had tested positive for COVID-19 infection.

In its report, the DailyJang reports that there are unresolved differences in the Bhutto family as Ghinwa Bhutto, the daughter-in-law of Zulfiqar Ali Bhutto, has still not been invited.

Previously, speculations were being made about where the marriage would be, as the couple themselves were questioned by close acquaintances if there was a destination wedding on cards or not, to which they revealed the wedding will take place in Pakistan.

The details of the wedding were shared by the PPP leaders and are yet to be officially released by the Bilawal House.