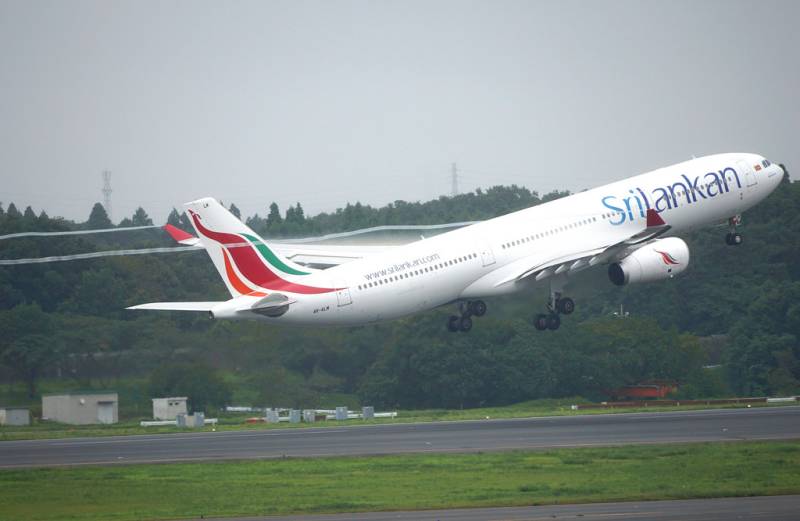 COLOMBO - Sri Lanka's national airline is in talks with Pakistan International Airlines to lease four of its Airbus A330 planes to the Pakistani national carrier.

State-owned SriLankan Airlines is aiming to reduce its debt and is looking for an international partner to help reverse years of losses, Kabir Hashim, Minister of Public Enterprise Development, told reporters in Colombo.

“A team from the airline is in Pakistan for negotiations. We will lease one A330 next month on wet lease,” Kabir Hashim said. He also said SriLankan Airlines would lease three more A330s “in the next few months”, but did not discuss the type of lease.

Hashim said the airline paid around $450,000 dollars a month to lease each A330 and was looking to lease the aircraft to the Pakistani carrier “even at a break even” level.

The aircraft to be leased were used on loss-making routes to cities such as Frankfurt, Paris, and Rome, which SriLankan Airlines has decided to cancel, he said.

A PIA official confirmed the company was in negations with SriLankan.

“Sri Lanka and Pakistan are in negotiations, a Pakistani team visited Colombo but the deal hasn't been sealed,” the official said, speaking on condition of anonymity as he was not authorized to talk to media about the deal.

No SriLankan team is in Pakistan currently, he said.

SriLankan ordered eight A350s from Airbus in 2014. It has cancelled four and got rid of one of the others. Hashim said it was in talks with parties including an Iranian airline to sell the remaining A350s, which are still in production.