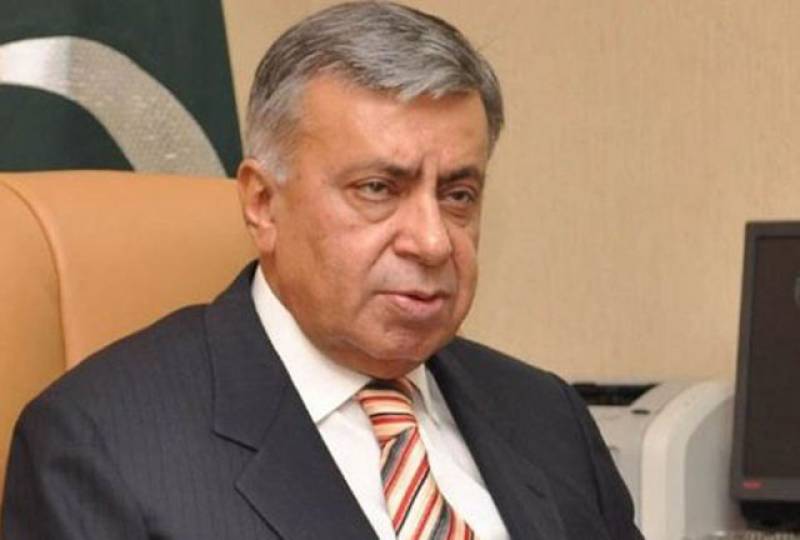 LAHORE – Seasoned journalist and the founder of Pakistan Today Arif Nizami passed away on Wednesday after suffering a cardiac in Lahore, his family said.

Reports in local media quoted family sources said the senior journalist was admitted at a private medical facility for the last three weeks in the provincial capital after suffering a cardiac arrest.

The deceased was the son of Hameed Nizami - the founder of the Nawa-i-Waqt Group of newspapers. The details of the funeral prayers will be revealed in due course.

The deceased was the editor of The Nation and president of the Council of Pakistan Newspaper Editors. In 2013, he also served as the caretaker minister during former caretaker PM Mir Hazar Khan Khoso’s cabinet.

Condolence messages began pouring in immediately after the news of his demise. Prime Minister Imran Khan offered his condolence and prayers to the family.

Saddened to learn of the passing of veteran journalist, editor and political commentator Arif Nizami. My condolences and prayers go to his family.

“Saddened to learn of the passing of veteran journalist, editor, and political commentator Arif Nizami. My condolences and prayers go to his family”, Khan wrote on Twitter.

Information Minister Fawad Chaudhry mentioned that ‘he had a long relationship with the seasoned journalist.

Taking it to the microblogging platform, Chaudhry wrote “I am heartbroken to hear of the demise of Nizami Sahab. I had a long relationship with him. His father Hameed Nizami and my grandfather Chaudhry Owais were friends from Pakistan movement days. May God have mercy on the elders”.

Deeply shocked to learn that Arif Nizami is no more & with him an era of old school journalism has come to an end. As a journalist, editor & anchor, he was second to none. May Allah rest his soul in peace!

Deeply saddened by the news of Arif Nizami sab's passing. May ALLAH rest his soul in peace and give his family and friends enough strength to cope with this huge loss. pic.twitter.com/lY0DfHavqB

Very sad to hear the sad demise of Arif Nizami. He was a very well respected journalist & will be missed. May god give him place in jannah & his family the fortitude to bear this loss.

Saddened on the passing away of Arif Nizami sb. A great loss indeed. He was always so full of life and enlightened on National and global issues. May his soul rest in peace

Devastated that old friend,colleague and pillar of Pakistani journalism,Arif Nizami has passed away. His passing symbolises the end of an era! He was from an old guard who sacrificed for principles and never shied from telling bald truths to power. Heart goes out to his family 💔