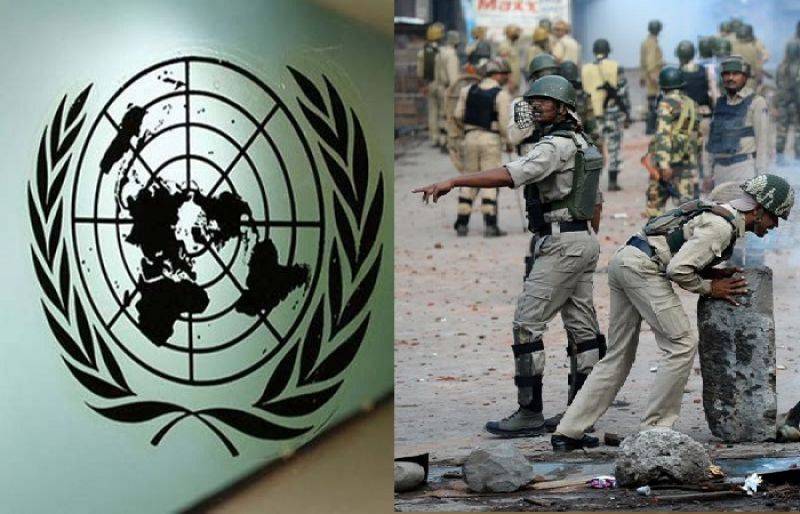 The president also hailed the offer of high commissioner for human rights to constitute a commission of inquiry to investigate these abuses.

The president said the report of the Office of the High Commissioner for Human Rights chronicles close and consistent violations of human rights in IOK, especially after the martyrdom of Burhan Wani on July 8, 2016, and lists instances of excessive use of force, killings, use of pellet guns resulting in mass blindings, arbitrary arrests and detentions, tortures, sexual violence and enforced disappearances.

“This list is not exhaustive, it is the tip of the iceberg”, the president said, adding the High Commissioner Office was only able to remotely monitor the egregious human right violations in IOK as India has refused an earlier officer by the High Commissioner to send a fact-finding mission to IOK.

The president said India had repeatedly rejected requests by the High Commissioner's Office to obtain access to Indian Occupied Kashmir because it wanted to hide its crimes against humanity. Once again, he said, the High Commissioner has asked for unconditional access to IOK to ascertain the situation not through remote monitoring but through direct observation.

President Masood Khan said the High Commissioner, like the people of Azad Kashmir, Occupied Kashmir and Pakistan had expressed serious concern over human right violations being committed with impunity in IOK as well as immunity from any form of prosecution for the Indian Security Forces.

“These two laws along with other draconian laws have been the principal instruments of coercion used by the Indian occupation forces”, he said.

The president said in line with the findings and recommendations of the High Commissioner, India should release all political prisoners, remove blanket restrictions on access to the internet and mobile telephone networks and bans on the movement of journalists and publication of newspapers in Indian Occupied Kashmir.

President Masood Khan said "it was high time that in pursuance of the recommendations of the High Commissioner, an independent, impartial and credible investigation is conducted in regard to all unmarked mass graves in Indian Occupied Kashmir. Such an investigation should be done by an international forum because the Kashmiris do not trust the Indian institutions of the occupation regime in IOK."

President AJK said the people Azad Kashmir and Pakistan were extending moral, political and diplomatic support to the people of Jammu and Kashmir. Any allegations to the contrary, he said, were not grounded in reality. There are no cross-Line of Control infiltrations from the Azad Kashmir side and resistance movement in IOK was purely indigenous and peaceful, he added.

According to the High Commissioner report itself, he said, the number of armed groups in Jammu and Kashmir has reduced drastically over the years. The face of the Kashmiri uprising and movement of freedom and self-determination was of young men and women and essentially indigenous and peaceful, he said.

President Masood Khan said as far as Azad Kashmir was concerned it is a free territory enjoying fundamental freedoms and norms of human dignity. In Azad Kashmir, one could witness the lowest crime rate and the highest educational score.

“Its doors are open to the international community to monitor measures being taken to promote and protect universal human rights," said Masood.

Azad Kashmir, as a state, he said, was focused on investing in human capital, human development, and transparent governance. Its related priorities include infrastructure developments, power generations, quality education, universal access to health, tourism, industry, and agriculture. Azad Kashmir, he said, respects and promotes the fundamental social, political and economic rights of its citizens.

The president said in stark contrast with the Indian Occupied Kashmir, there were no killings, extrajudicial killings, custodial killings, enforced disappearances, arbitrary arrests, dishonouring of women or instances of information blackouts.

“Pakistan and Azad Kashmir are ready to engage international interlocutors on the entire range of human rights,” said AJK President

The president expressed the hope that the broader international community including the UN Security Council and major capitals, would not take this report lightly or try to sweep it under the carpet.

“This report requires their sharp and undivided attention to stem a raging human rights crises in a volatile and unstable region”, the President said.