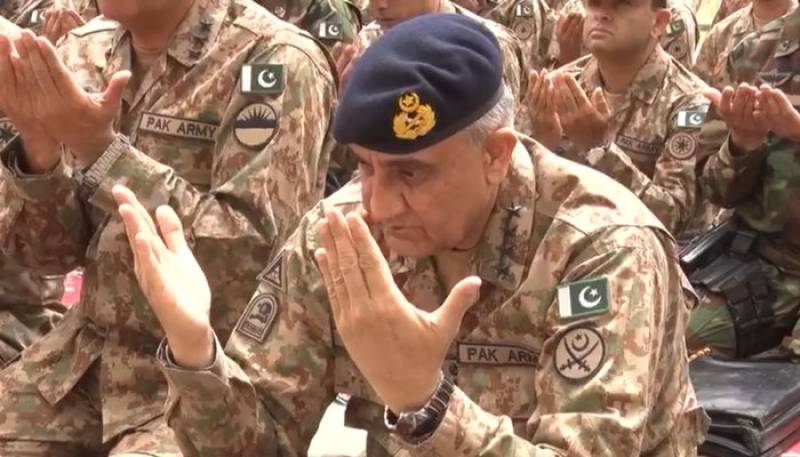 The military head sent the former first lady, a bouquet of flowers as well and stated in his message that he was praying for Kulsoom Nawaz and her family in these trying times.

"We are praying for your quick recovery and send well wishes your way, wish you become healthy again by the grace of Allah," he said.

Kulsoom Nawaz suffered cardiac arrest on Thursday following which her condition deteriorated. The doctors at the Harley Clinic have declared her condition highly critical and according to her son, Hussain, the ventilator support would continue for an indefinite period of time.

LONDON - The embattled Sharif family has requested the public to pray for the early recovery of Begum Kulsoom Nawaz, ...

Former premier Nawaz Sharif and Maryam are already in London to inquire after the ailing lady. The political elite in pakistan has already provided succor to the embattled Sharif family, praying for early and complete recovery of Kulsoom Nawaz.

In a brief conversation with newsmen on Wednesday, former premier Nawaz Sharif expressed that ever since he reached London, Kulsoom was unconscious.