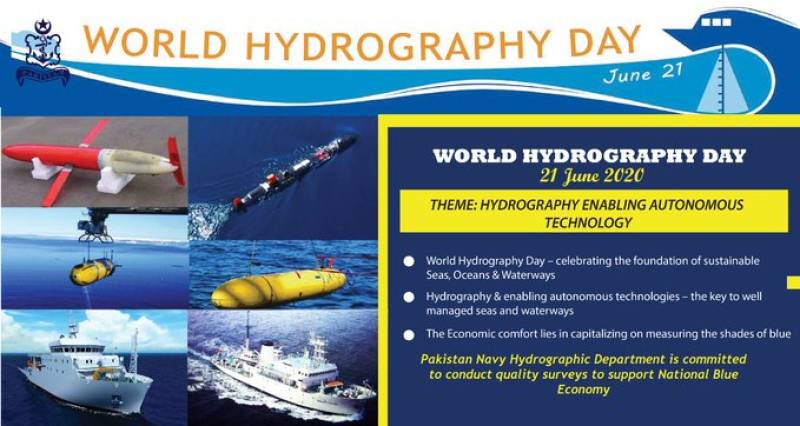 KARACHI – Pakistan Navy as part of celebrating World Hydrography Day has released a video to mark the event.

The video depicts importance and utility of this day.

According to a naval spokesperson, focus of this year's day is on key role that hydrography can play in support of autonomous technologies.

All countries are bound to conduct hydrographic survey of their oceanic frontiers according to international maritime law.

In a statement Sunday, the spokesperson added that Hydrography Department of Pakistan Navy has been playing a prominent role in establishment of ports, extension of continental shelf and maritime research for national development.

The spokesperson further said that Pakistan Navy is determined to explore new dimensions in maritime research by employing modern technologies.

Hydrography is the branch of applied science which deals with the measurement and description of the physical features of the navigable portion of the earth’s surface.