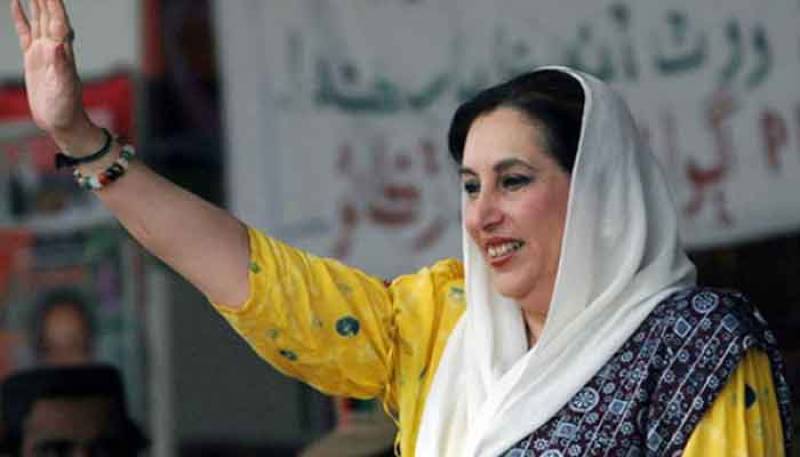 The 68th birthday of the first female Prime Minister of the Muslim world, late Benazir Bhutto, is being celebrated today.

Leaving a burgeoning list of slew memories, Benazir exuded spontaneous charisma with the simplicity of excellence honed by years of hard work and steely resolve

A woman of resilience, BB was brave and her following personality trait reflected in her choices.

The incumbant PPP Chairperson and the former PM's son Bilawal Bhutto paid homage to her on her 68th anniversary by cutting a birthday cake in the Sindh Assembly today.

Sindh Chief Minister Murad Ali Shah lauded Benazir Bhutto and went on to say that she restored democracy in the country by sacrificing her life.

The Sindh CM said that Benazir had started vaccinating children in Pakistan's campaign against polio herself, urging people to get vaccinated against coronavirus to pay homage to the former PM.

On the 68th birthday of Shaheed Prime Minister Mohtarma Benazir Bhutto, we remember her inimitable leadership, her incomparable sacrifice. As we honour her memory, let us also #GetVaccinated to keep ourselves, our loved ones, and all Pakistanis safe. #SalaamBenazir pic.twitter.com/59jLFwC2Mp

It was hosted by the PPP-International Conferences and Seminars Forum, PPP Gulf Middle East and Bazm-e-Naz International.

The mushaira was presided over by renowned poet and playwright Tanveer Anjum. The chief guest was human rights scholar Anis Haroon and it was moderated by Dubai-based poet and host Ayesha Sheikh Aashi.

Benazir Bhutto is iconic and a true embodiment of a true leader that stays alive in the hearts of the people long after leaving this world.

KARACHI – On a special day, people across the globe paid tributes to their mothers for their contribution in ...