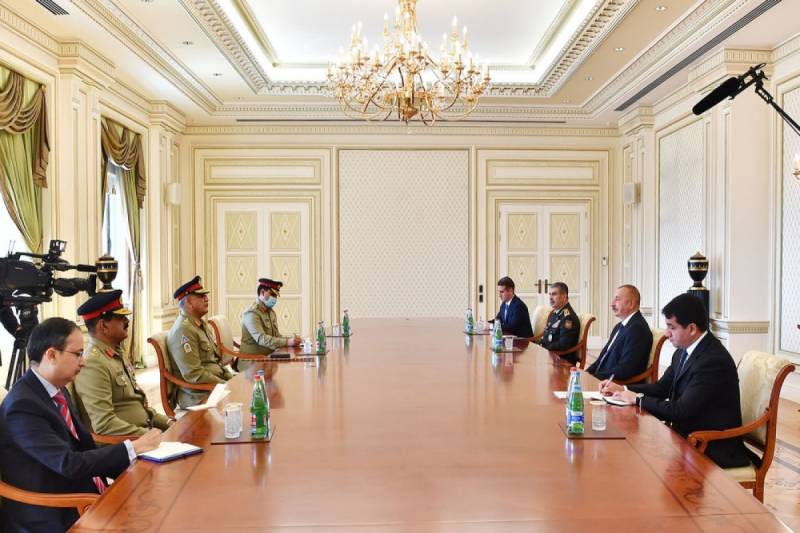 The reports further suggest that an exchange of views on the current state and prospects for the development of military cooperation between Pakistan and Azerbaijan will be held, as well as opportunities for expansion of military relations will be considered.

Earlier this month, General Bajwa had a meeting with the Commander of Azerbaijan's naval forces at the General Headquarters in Rawalpindi, the military's media wing reported.

According to the statement issued by the Inter-Services Public Relations (ISPR), during the meeting,  both sides reaffirmed their determination to work together for enhancing diplomatic / security cooperation in various fields. Matters of mutual interest, including defence, training, security cooperation between both countries, and the overall regional security situation were also discussed during the meeting, it further stated.

Both sides hold close ties, Pakistan was among the first countries voicing political support for Azerbaijan during the skirmishes with Armenia in 2020. It also supports Azerbaijan in the restoration of the country's liberated territories.

Relations between the two countries date back to 1991 as the South Asian country was among the first three countries to recognize Azerbaijan's independence.

A delegation of Pakistan Air Force led by Air Vice Marshal Tariq Zia held a meeting with Deputy Minister of Defense of ...