Withdrawal of US Troops and its Impact on Afghanistan 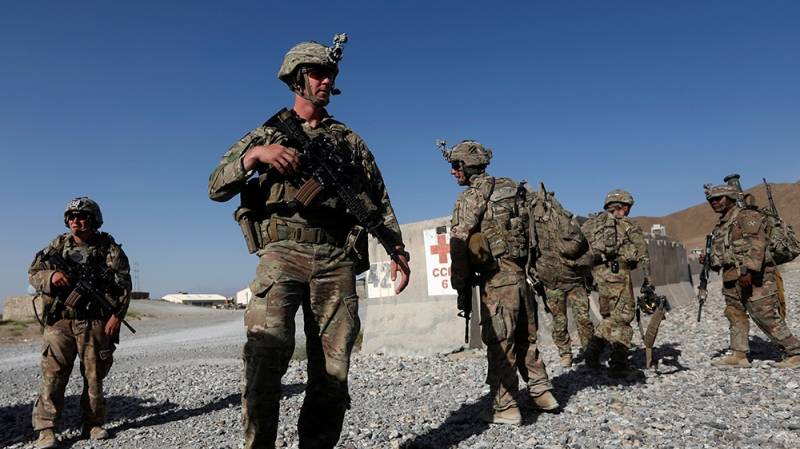 The war which started in Afghanistan after 9/11 has now almost come to its end. President Biden on one side says, we have achieved our aim in that region as our war started against Al-Qaeda and Al-Qaeda is no more there in Afghanistan. On the other hand, the Afghan Taliban are celebrating their victory and are saying we have defeated our enemies as they are so far, unable to conquer us. Now, it is the Taliban that will be likely to have influenced all over the country but the superpower of the world might still perform its intelligence-based services there in the future as in a recent interview given to BBC, US Secretary of State Antony Blinken that the US would remain engaged with Afghanistan even after its withdrawal for the development of people and for the support of its security forces.

While the Intra-Afghan talks are still ongoing in Doha, there is a bone of contention between both the parties regarding their policies to run the country and it seems very diffident that the current Government and Taliban are on the same page to make guidelines for the state in a better way as negotiations between them since 2019, have not come to a conclusive point. Both of them have their own interests which is indicating that there might not be a breakthrough between them, following their recent talks.

There isn’t still peace in the region even withdrawal is ongoing as Taliban are attacking the Afghan soldiers on daily basis, arguing these are the puppets of foreign countries and their agenda is just to counter us and not to save the country. Moreover, the Afghan soldiers are unable to fight with Taliban with full potential as most of the weapons and technical instruments which can be used against them are not being provided by the foreign troops even after leaving their bases. As result, Afghan forces are unable to have a grip on those areas of bases, and Taliban are vacating and taking up those territories by attacking them. This also is putting a question mark on the future peace in Afghanistan as the dispute and aggressiveness between the two forces against each other is clearly hindering access to a normal life in the nation.

Pakistan as a facilitator trying its best to maintain the peace in the region. Pakistan’s role in Afghan Peace Process is being recognized throughout the world. Pakistan hopes to work with the authorities of Afghanistan to delignate terror groups out there that are threatening the peace of Pakistan and is trying its best to make neighbor a peaceful and prosperous state which may lead to its development and uplifting of its people. It is now clear that one of the main goals of Pakistan is that the soil of Afghanistan must not be used to promote terrorist activities in Pakistan. COAS General Bajwa on several occasions has said very openly that there could never be peace in Pakistan if there is no peace in Afghanistan.

After having an occupation in almost all over the regions of the country, Taliban are now aiming to make a Government i.e. a Government in waiting, following the withdrawal. In their statements, they want to impose a ‘truly Islamic system’ governed by Sharia Law. But the people of Afghanistan have their own opinions regarding it. Afghan women and different NGOs are considering it a hurdle towards the ambitions of a woman in society. The hinge of restricting abusively women rights is also a burning issue which Taliban not yet, have put clarity on it and is leading fear in the minds of people like the aggressive rules back in 1990s governance of Taliban. The other issue after being in the Government the Taliban might face is the international support towards them. Although they are arguing we have a lucrative plan to curb domestic issues but the fact that economical development without the support of different countries might lead to further unemployment and uncertainty among the people as was the case in their previous Government.

It is highly likely that Western Countries may not accept the Taliban’s ruling but the fact that China is closer to Pakistan may also put Afghanistan economically stable by having their support if the Taliban would be willing to work with China in different sectors as China is seeking to use its influence in their neighboring countries, investing gigantically as we saw recently their support to Iran. Not only China putting its influence in Afghanistan but Iran and Russia have also played their role significantly in the Afghan peace process and both have been directly involved in Afghanistan politics in very recent years. So, the officials of Islamabad, China, Iran, and Russia are likely to be the favorites of the Taliban as allies which would further strengthen the Taliban’s strategy towards foreign policy.

The writer is a Lahore-based author and an International Law Student, studying at the University of London.