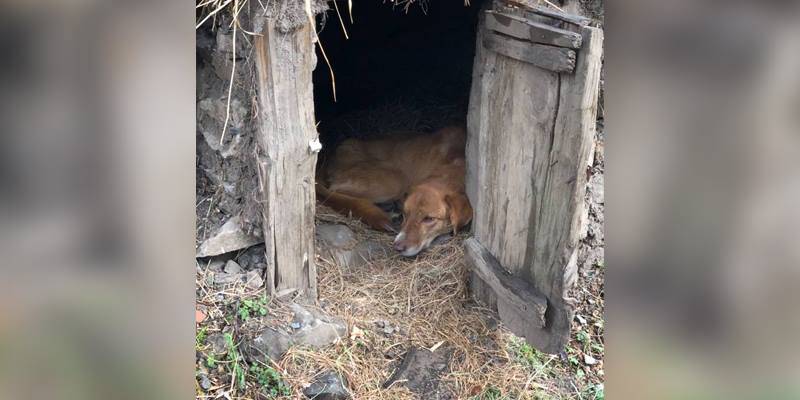 ABBOTTABAD - A brave Pakistani endangered his own life on Wednesday for rescuing a dog, stranded in the steep mountains of Abbottabad city of Khyber Pakhtunkhwa, upholding norms of humanity.

The Pakistani man, who goes by the name of Rizwan, got to know of a dog, believed to be lying somewhere in the mountains through a Facebook group but instead of scrolling over, like many others, he embarked on a tough journey to rescue the dog.

Nadia Naviwala, a renowned author and social media influencer detailed in her tweets that the Rizwan took a jeep, a veterinary doctor and other essentials of first aid to the mountain village to rescue the dog with broken limbs.

An angel from Abbotabad is going up into the mountains to save a stranded dog with broken legs, maybe back who hasn't moved in days. He immediately volunteered when he heard about the situation via Facebook group. There are good people in Pakistan, even for dogs. pic.twitter.com/sidsHNmfYx

The volunteers dubbed 'angels' by the educationist, steered their 4x4 jeep through muddy terrain. The twist came when they reached at a dead end, there was no road which could lead them to the dog. This didn't stop them and they walked for two hours and were finally able to reach the area, where the dog was helplessly waiting for nothing other than his death.

Dog rescue in progress. A group of angels from Abbotabad is going up to save a dog with broken legs and back. They have a vet, pain meds, and material for a splint. Hope the dog can be saved. pic.twitter.com/VkIbaHgB9D

After wading through the valley, the rescuers were finally able to reach the dog.

They have reached the dog. I really hope he can be saved. Will be hard to move him if his back is broken. pic.twitter.com/GttnLlLssz

The dog, visibly weak, was rescued following which he was loaded on to a cart and was shifted to Abbottabad for further treatment.

Dog rescue success! An angel, a stranger, took a jeep, a vet, a pain meds to a mountain village to rescue a dog with broken limbs. Volunteered via Facebook group of animal lovers across Pakistan. He's going to Abbotabad for treatment now. #Pakistan pic.twitter.com/a1TVELla7C

However, due to the paucity of facilities at Abbotabad, the dog was brought to Islamabad to treat broken bags.

Update: we're bringing the dog to Islamabad tomorrow. Abbottabad doesn't have the facilities to treat his broken bones. The hero of this story is @RizwanIdrisK. Thanks for writing it @waqas_x on @dailypakistangl https://t.co/Y40HdFw5FA

According to the latest chat Daily Pakistan Global had with the rescuer, the dog is doing much better and is with him at his home.