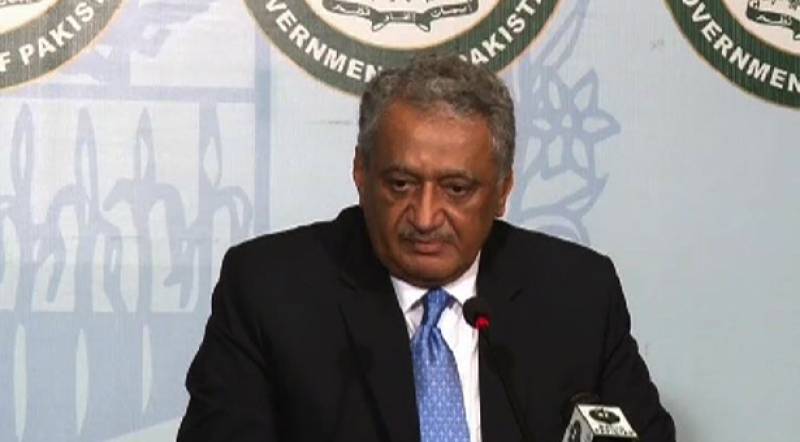 ISLAMABAD (Web Desk) – Foreign Office spokesperson on Thursday rebutted the media reports that suggested the Saudi Arabia wants to acquire nuclear weapons from Pakistan, saying “Our nuclear program is purely for our own legitimate defense only”.

Qazi Khalilullah, while briefing the media at foreign office, went on to say that Pakistan and Saudi Arabia have not signed any nuclear deal. The media reports have been entirely baseless and mischievous campaign in the international media about Pakistan's indigenous nuclear program, he declared.

The spokesperson made it clear that Pakistan has a robust command and control structure and comprehensive export controls. He said that Pakistan supports objectives of non-proliferation as well as nuclear safety and security. He confirmed that the agreement between Pakistan’s premier intelligence agency Inter-Services Intelligence (ISI) and the Afghan intelligence outfit National Directorate of Security (NDS) aimed at bolstering fight against terrorism.

He said that the accord between the two agencies was part of a bilateral agreement in the field of security and counter-terrorism. On the Yemen issue, the spokesperson said that Pakistan was and will remain in touch with Saudi Arabia on the issue. He said that we have already expressed our concerns over shelling from Yemen on Najran in Saudi Arabia. He said that about fifteen thousand Pakistanis were living there and we have requested the Saudi authorities to ensure their security.

Qazi expressed the confidence that Saudi Arabia would make all possible arrangements for the safety of Pakistanis. When asked about relations with India, the spokesperson said that Islamabad was committed to good relations with all neighbors including India. He said that Pakistan desires peace and stability in the region and will continue to play its role in this regard.