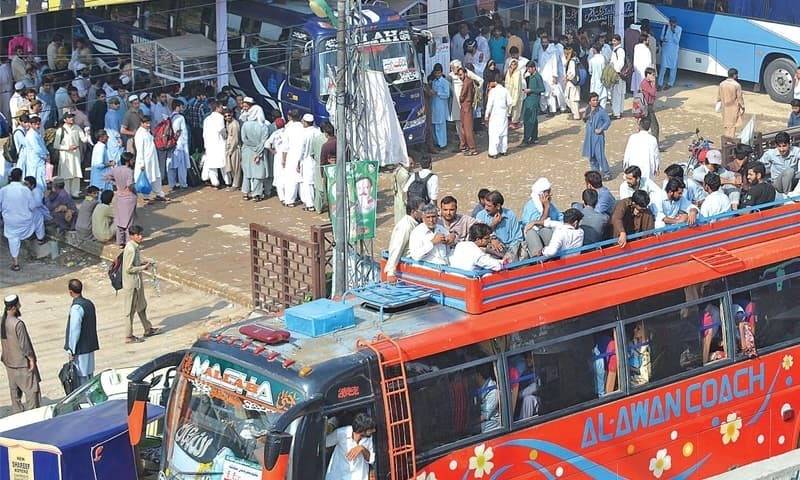 LAHORE - Public transport has been resumed in the Punjab and Khyber Pakhtunkhwa (KP) provinces.

According to media details, All Pakistan Public Transport Owners Federation announced to resume transport today (Thursday) after Both sides agreed on implementation of certain Standard Operating Procedures (SOPs) after standard operation procedures (SOPs) were issued to avoid spread of coronavirus.

The transporters, under the agreement, would ensure use of sanitizers and face masks by its staff and the passengers.

The passengers have taken a sigh of relief and have started to return to their hometowns to celebrate Eid-ul-Fitr with their loved ones.

Meanwhile, the local authorities have failed to implement the SOP’s issued to avoid the COVID-19 spread and the fares have been increased wjich has caused immense difficulties to the passengers travelling to other cities.

Previously, the talks to resume transport faced deadlock over implementation of SOPs on inter-city transport.