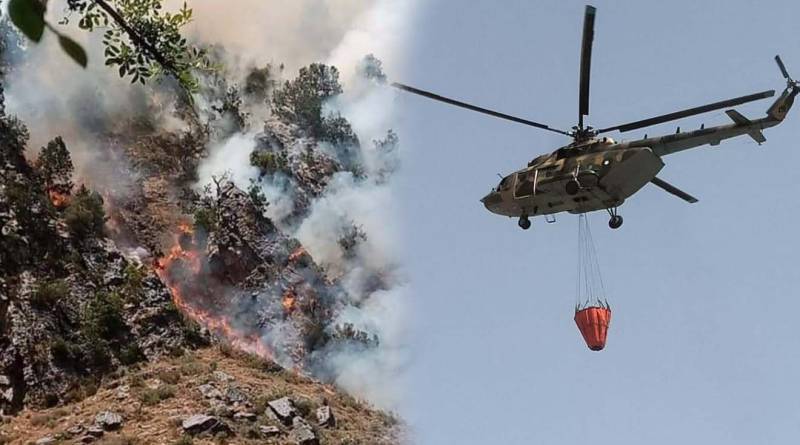 QUETTA – The Pakistan Army has launched an emergency mission after three people were burnt to death and several injured while battling a violent fire at Koh-e-Sulaiman mountain range in Balochistan.

The FC Balochistan and other armed forces personnel are providing maximum assistance and HQ 12 Corps is coordinating closely with the PDMA.

At least 10 families living in isolated houses have been shifted to medical relief camps near Manikhawa by the FC Balochistan.

An FC Wing and two army helicopters along with the local administration and Levies have been employed in firefighting and relief efforts, the military's media wing said.

At least 400 fireballs, 200 fire suits, blankets, tents, mats and fire extinguishing equipment have been provided by the NDMA through FC Balochistan.

The fire started nine days ago and is spreading despite efforts by local residents and provincial administration.

Reports suggest the fire was first spotted at the juncture of Balochistan and Khyber-Pakhtunkhwa, and started due to strong winds. It reduced thousands of valuable pine trees to ashes.

QUETTA – Following flash flooding in coastal areas of Balochistan, Pakistan Army along with other forces stepped ...

Officials said the fire was caused by lightning, while others claimed the forest was set ablaze by warring local groups.