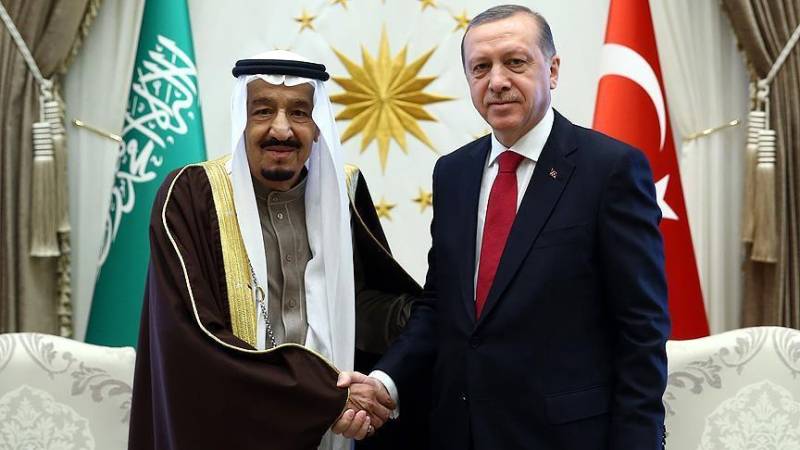 RIYADH – Saudi King Salman Bin Abdulaziz on Friday called Turkish President Recep Tayyip Erdogan on the eve of a G20 summit that the kingdom is hosting for the first time.

According to the Saudi Arabia news agency SPA, during the call, coordination of efforts made as part of the G20 summit agenda was discussed.

Saudi Arabia’s King Salman bin Abdulaziz and Turkish President Recep Tayyip Erdogan discussed Friday efforts to coordinate the work of the G20 summit, which will be hosted by the Kingdom over the weekend.

The Turkish presidency in a statement said, “President Erdogan and King Salman agreed to keep channels of dialogue open to improve bilateral ties and overcome issues,” adding the two men had also discussed the G20 summit.

The two-day virtual summit, which opens later Saturday, is anticipated to focus on ways to rejuvenate world economy dented by the COVID-19 pandemic.