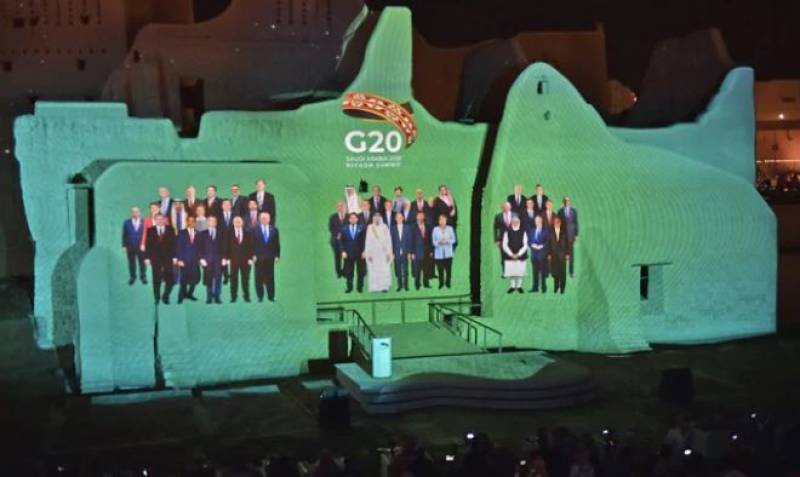 RIYADH – The meeting of world leaders from 20 nations of the world began on Saturday as the 15th G20 (Group of 20) Summit commenced in Saudi Arabi’s capital Riyadh.

Saudi Arabia is hosting the two-day summit of the world's wealthiest nations in a first for an Arab nation. This time it is being held virtually in the wake of the coronavirus pandemic.

According to a statement on the G20 website, the fallout of COVID-19 on the economy will dominate discussions to be held at the event.

The G20 control nearly 75 per cent of all global trade while it covers two-third of total population in the world.

Saudi Arabia King Salman bin Abdul Aziz, in his opening remarks, said, “This has been an extraordinary year. The COVID-19 pandemic has been an unprecedented shock that affected the entire world within a short period of time, causing global economic and social losses. Our peoples and economies are still suffering from this shock”.

Besides recalling G20’s efforts to combat the pandemic and relief to low-income countries, he said that the group will do its best to overcome the crisis through international cooperation.

“We must also continue to support the global economy and reopen our economies and borders to facilitate the mobility of trade and people,” he said, besides calling for sustainable and inclusive growth.

The Saudi King also called for providing support to the developing countries in a coordinated manner to maintain the development already achieved over the past decades.

The G20 was established in 1999 as a meeting of finance ministers and central bank governors in response to the Asian financial crisis.