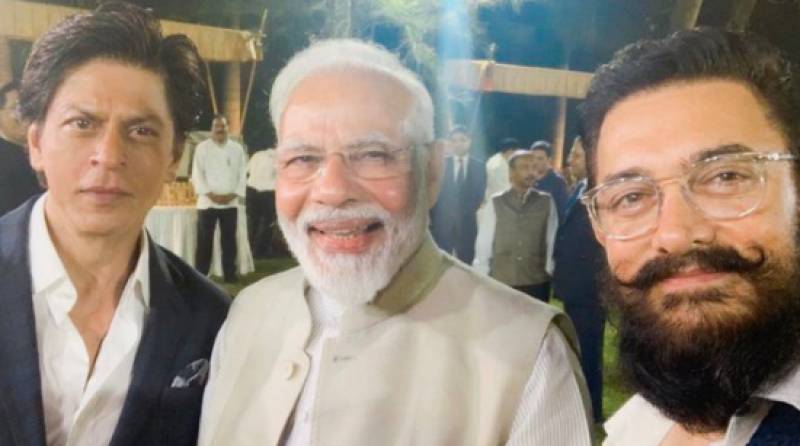 Twitterati have been expressing their anger over Bollywood celebrities openly supporting an oppressor like Modi after his government imposed a lockdown in Occupied Kashmir while robbing it of its special status in August.

It was only recently that influential Bollywood celebrities were seen interacting with Modi and endorsing his newly launched project aimed at producing film and TV shows that popularise Mahatma Gandhi and his ideologies.

Since then, Bollywood actors including Aamir and Shah Rukh Khan have been criticised by the social media users who are slamming them for subscribing to the ideologies of PM Modi.

Thank u @narendramodi for hosting us & having such an open discussion on #ChangeWithin & the role artistes can play in spreading awareness of the msgs of The Mahatma. Also the idea of a University of Cinema is extremely opportune! pic.twitter.com/kWRbNk3xzo

Let's have a look at some of the reaction to SRK's post:

Will those who went for Priyanka with pitchforks for tweeting Jai Hind and not actively coming out in support of the Kashmiris also get as agitated by these two?

But last heard, Aamir Khan had security concerns living in India, no? What changed? https://t.co/hZWicGb6kS

The same SRK and Aamir Khan who were abused and asked to go to Pakistan not too long ago have now become 'the pride of India' for the RW.