Why is this girl smiling outside the burning Hafeez Centre? 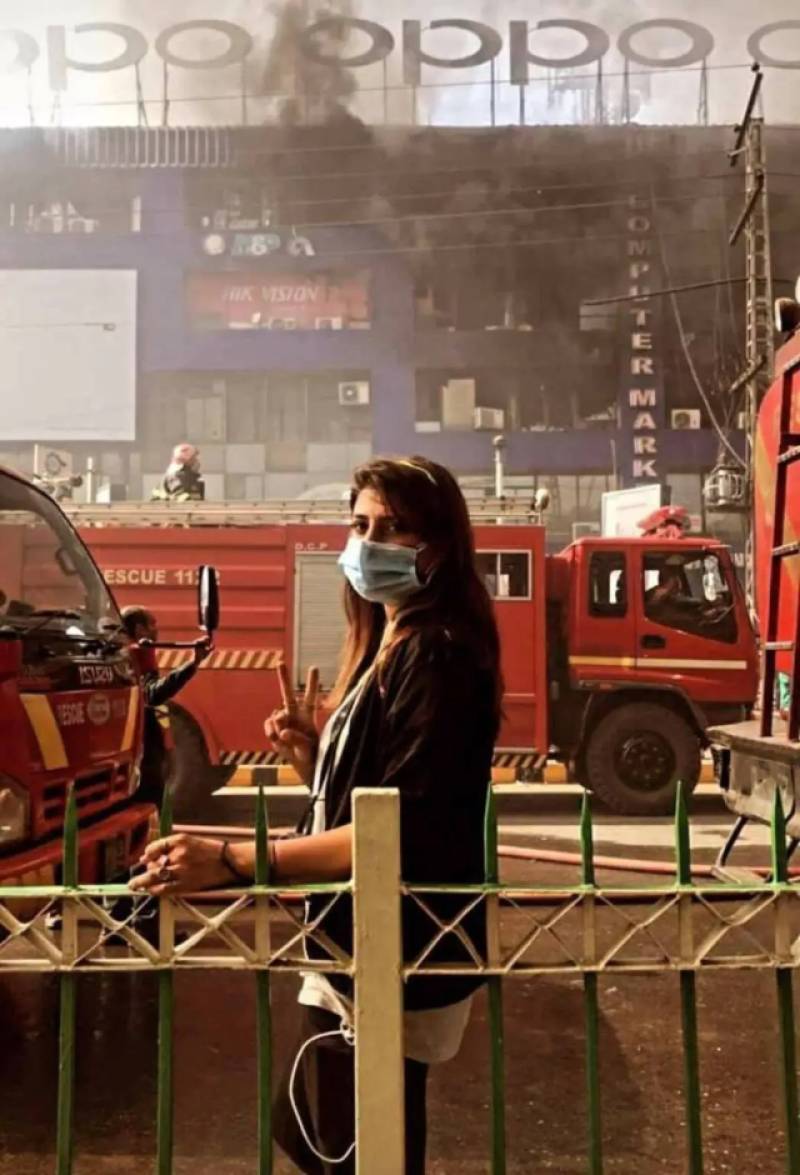 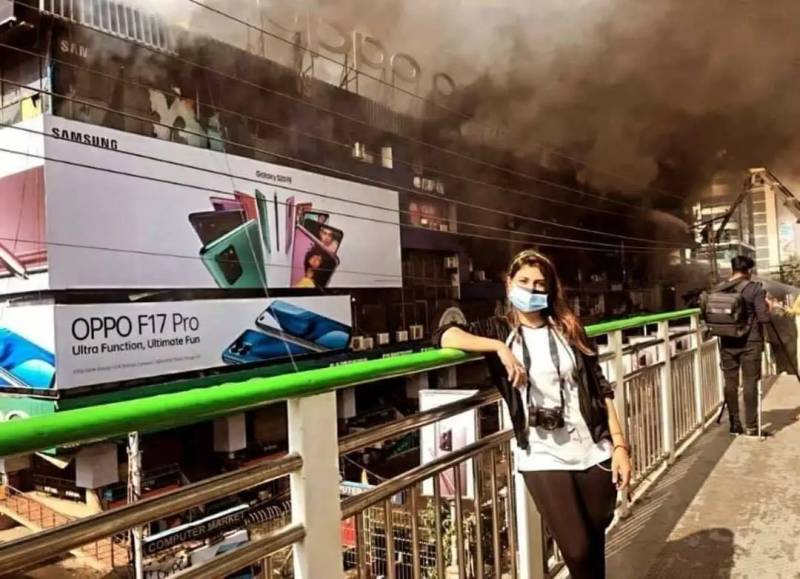 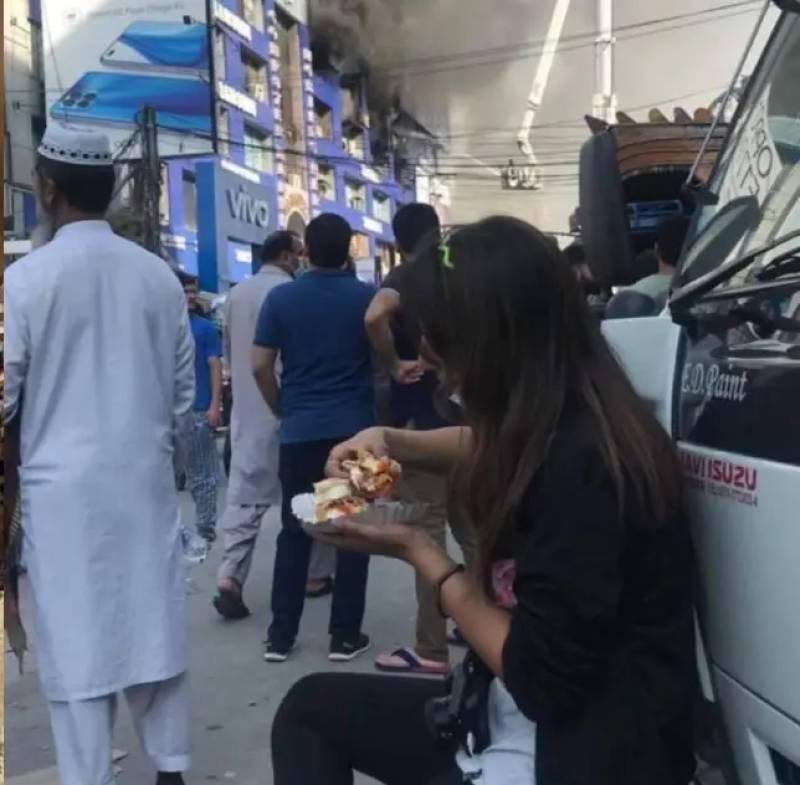 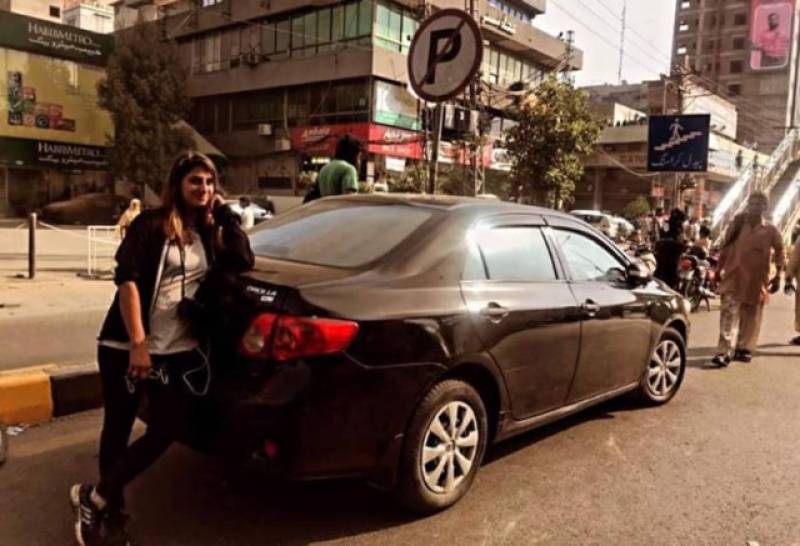 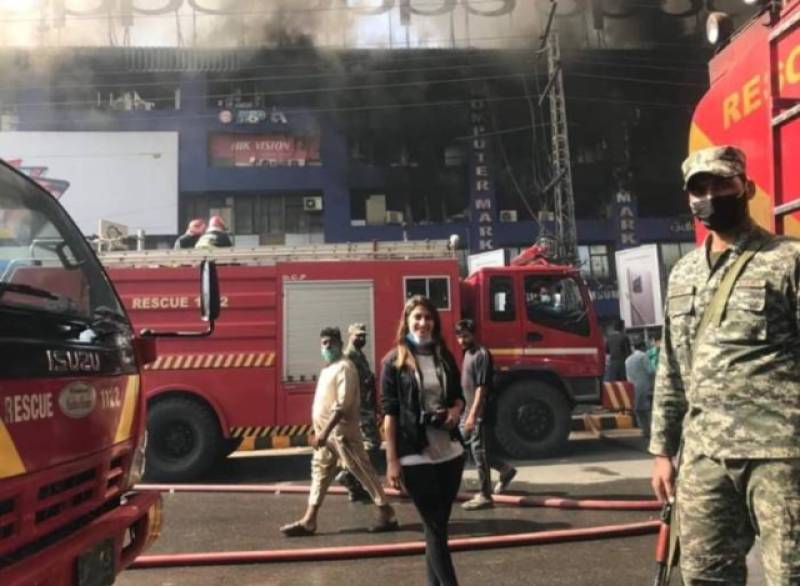 LAHORE – Pakistanis are still in deep shock and agony following a massive fire at the Hafeez Centre, which not only damaged the biggest IT equipment market in the heart of Lahore but also caused a loss of billions to thousands of traders from across the country.

While the city’s most famous plaza, located on the Main Boulevard Gulberg was blazing, with the shopkeepers literally crying and praying for divine mercy seeing their businesses going down into flames, a young woman was seen smiling just outside the burning building.

Fatima Nasir – an Instagram influencer - has since been receiving backlash for uploading her insensitive pictures on social media – for which she had to release a apology.

She has also deleted all the pictures following the criticism from all public quarters.

In an exclusive chat with DailyPakistan, Fatima clarified that she “was not there for a photoshoot.” “It was just after the water in Rescue-1122’s tankers ran out and everybody there was worried. Soon as PDMA and WASA teams arrived as the backup, people were all smiles, and so was I. That was when my friend offered me to capture a few clicks.”

Fatima, who is also a famous cyclist from Lahore and has in the past taken part in rescue and relief efforts, was allowed to reach the no-go area only because of her prior experience in firefighting.

While admitting that she should not have uploaded the pictures to her instagram account in the first place as she was as distressed as anybody present at the site, Fatima revealed that that one of her followers took out the pictures without her permission to “blackmail” her. “After keeping me ‘hostage’ for a whole day, the guy even forced me to issue an apology which I did in time,” she added.

She also told the DP that she has been receiving threats, with people telling her to “just die”.

A visibly shaken Fatima went to add that she had actually went to the Hafeez Centre to get her mobile phone repaired. But as she saw the plaza burning on fire, she went back home and grabbed her camera to record the ghastly scenes for a documentary.

In the end, she once again apologised to the traders and everybody who got offended by her inappropriate actions in the time of great crisis.