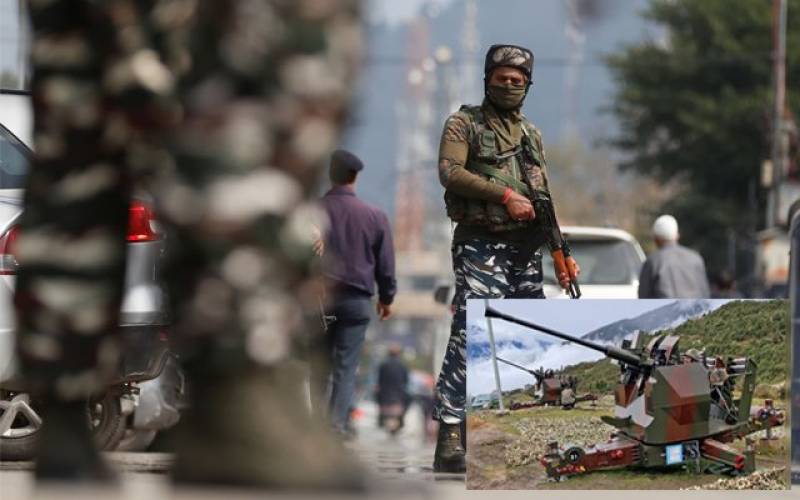 NEW DELHI/SRINAGAR – India’s Ministry of Home Affairs has decided to deploy at least 2,500 additional security personnel to Jammu and Kashmir amid a rising number of attacks on its occupational troops  in the disputed valley.

The decision was taken during a high-level meeting of the ministry officials on Wednesday after intelligence suggested the valley was seeing a deterioration in law and order.

A surge in violence in Indian-held Kashmir in recent weeks, including a spate of suspected rebel attacks on civilians and a widespread crackdown by security forces, has left at least 33 people dead in the heavily militarised region since early October.

Indian security forces have launched a wide crackdown, killing 13 civilian in the last two weeks in multiple operations across the Kashmir valley.

During the past week or so, the Indian military has also been battling rebellion in a forested area in the Jammu region, which abuts the Kashmir valley, and has lost nine soldiers – the most number of casualties in a single operation in recent years.

The number of Indian troops in Jammu and Kashmir is close to 600,000 although estimates vary and the Indian government refuses to release official figures.

Jammu and Kashmir, which is claimed in full by India and Pakistan but ruled in parts by the two neighbours, has been the site of a bloody armed rebellion against New Delhi since the 1990s.

Tensions between the nuclear-armed neighbours remain high since August 2019 when Prime Minister Narendra Modi had abolished Article 370 of the constitution, ending the autonomy and removing its statehood by splitting the disputed region into the two federal territories of Jammu and Kashmir and Ladakh.

Meanwhile on Thursday, the Indian army said it has deployed modern M-777 ultra-light howitzers and L-70 Bofors artillery guns in the Tawang sector of the Ladakh region bordering China.

The Indian armed forces have also boosted the deployment of military aircraft, including unmanned aerial vehicles, in the Arunachal Pradesh sector of the border with China.

The tensions in Ladakh between China and India escalated last May. Following several conflicts between the countries' military units in the area of Pangong Lake, Beijing and New Delhi increased their military presence on the border.