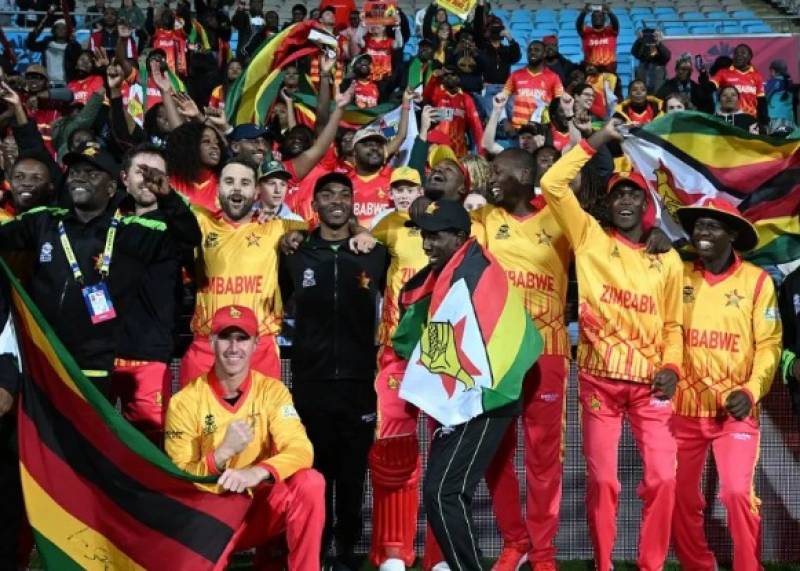 DUBAI – Zimbabwe beat Scotland by five wickets in their ICC Men's T20 World Cup clash in Hobart on Friday to secure place in the Super 12 stage of the mega event.

Zimbabwe achieved the target of 133 runs in 19 overs with five wickets in their hand.

Zimbabwe skipper Craig Ervine stood tall when his side needed him the most as he played a superb knock of 58 from 54 deliveries to get Zimbabwe home. He was involved in two crucial stands of 35 and 64 with Sean Williams and Sikandar Raza respectively, which helped in steadying Zimbabwe's ship.

Earlier, Scotland won the toss and elected to bat first but the Richie Berrington's decision didn't turn out well for his side as they lost the wickets of Michael Jones and Matthew Cross quite early in the innings.

The likes of George Munsey, Berrington and Calum MacLeod tried their best to lead Scotland's recovery but they never got the necessary momentum and acceleration they needed. Munsey batted well to build stands of 40 and 34 runs with Berrington and Macleod respectively, but the partnerships didn't come at a swift scoring rate. Munsey, who scored 54, also consumed 51 deliveries without providing any useful impetus to the innings.