"What precisely are you hiding from us?" - UN to India on denying access to International rights team to Kashmir 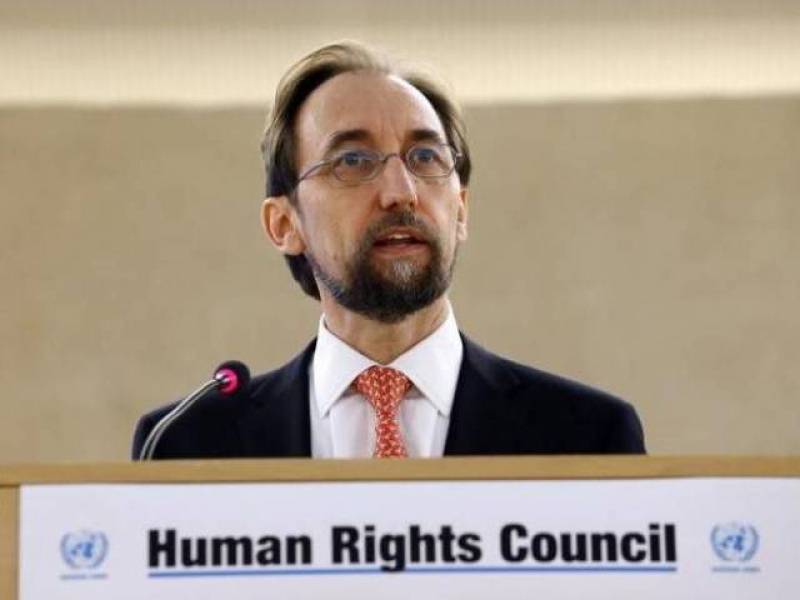 GENEVA - The United Nations High Commissioner for Human Rights has strongly criticised India for denying access to an independent commission for probing into the allegations of human rights violations in Occupied Kashmir.

Reading a written statement in Geneva, UNHC Zeid Ra'ad Al Hussein questioned what precisely was India hiding from the UN, adding that refusal to a legitimate monitoring raised serious questions about Kashmir.

He said: "They may shut my office, but they cannot shut me up, neither they can blind us," further pointing towards Indian attempts to hide grave violations in Kashmir, "These violation will not disappear, if a government blocks access to international observers and then invest in PR campaign to check any unwanted publicity."

"If the access is refused, we will assume the worst...and report on the serious allegations," he went on to say.

He said the United Nations would assess the reality of the Indian violations through remote monitoring which would involve witness testimonies, credible third party reports and news or satellite imagery from other techniques.

Earlier, the United Nations High Commissioner for Human Rights offered to send fact-finding missions to both Indian Occupied Kashmir and the Azad Jammu and Kashmir. Pakistan agreed to the offer while India did not respond positively.

Pakistan had requested the United Nations High Commissioner for Human Rights to send a fact-finding mission to Indian Occupied Kashmir to report along the gross violations of human rights since July 8, 2016.

In the past 70 days, more than 100 innocent Kashmiris have been killed, 6000 injured and 120 blinded as effect of brutal action by the Indian forces to suppress the peaceful protests.