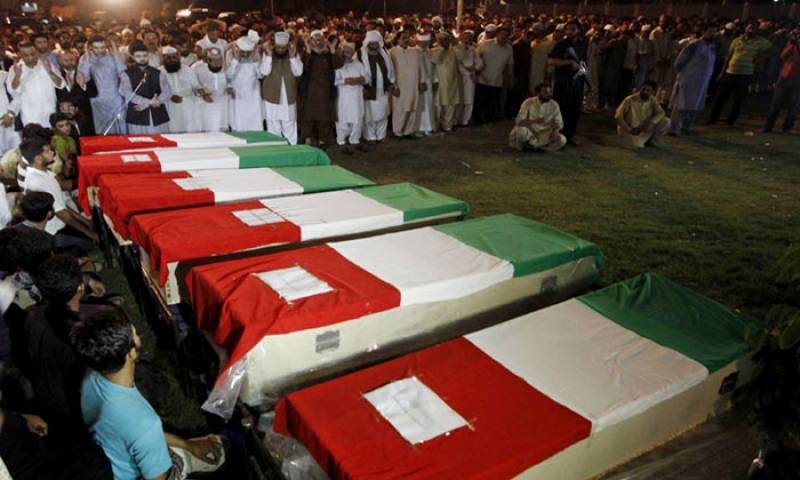 The judgment refuted the arguments made by Additional Advocate General Shan Gull against making the report public.

According to the judgment, the workers of Pakistan Awami Tehreek wanted to stage a protest on June 16, 2014, but when the procession started, the law enforcers 'under the garb of handling law and order situation' created hurdles thus leading to a massacre that left 14 people dead and injured 85.

The Punjab Government in a bid to normalize the situation approached the Lahore High Court on June 17 to form a single member judicial commission which was formed under Justice Baqir Najfi under section 3 and 5 of Punjab Tribunals of Inquiry Ordinance 1969.

The order states that the legal successors knocked different doors to get the report of the judicial commission which was sent to the Government of Punjab, however, it was not made public prompting the victims to approach the court.

The court noted that the petitioner's counsel contended that those seeking to make the report public had a direct link with the victims who suffered during the incident and as the proceedings were judicial, any outcome of these proceedings was a public document.

The victim's counsel also quoted the Punjab Right to Information Act which was promulgated in 2013 to make the masses aware of matters of 'public interest' and contended that the investigations regarding Model Town incident were to be made available as such legislation was an expansion of Article 19 of the Constitution.

The counsel also declared that though it was the prerogative of the government to ask for the constitution of a judicial commission, yet it could not bar the aggrieved party of access to the document made in this regard.

On the other hand, the respondent Mr Shan Gull contended that the document should not be brought forth while quoting that six petitions were pending before the court in this regard and moreover another petition 33522/2016 by Muhammad Jawwad was also dismissed by the same court.

Shan Gull noted that the document was not a public document and it was just 'for the consumption of the executive just to avert future incidents'.

He also argued that as the petitioners had boycotted proceedings of the tribunal at one stage, so their claim was non-existent and the petition needed to be dismissed.

Announcing the verdict, Justice Muzahir Ali Akbar stated that the argument regarding the pending petition was not justified as those petitions were not filed by the legal heirs of the victims whereas the current petition under scrutiny was filed by the relatives of victims, so it was admissible.

Regarding the petition filed by Muhammad Jawwad, which was dismissed by the court, the honourbale judge stated that the petition sought the inquiry report to be made a cursory evidence, which was beyond the scope of learned trial court and so that particular petition was dismissed.

While quoting the West Pakistan Tribunals of Inquiry Ordinance 1969, the Punjab Transparency and Right to Information Act 2013 and Article 19-A of the constitution of Islamic Republic of Pakistan the court stated that the government had also focused an aspect of the case which was 'public importance'.

The judge remarked that such a document needed to be made public as 'in a democratic system, the will of the public was of unique importance'.

The court termed the Model Town incident 'barbaric' and noted that depriving the masses of information regarding the inquiry would be equivalent to sabotaging the will of the people.

Lahore High Court's order continued that although the government had itself enacted the Right to Information Act, even then it deviated due to an attitude of high handedness and colorful authority.

It also stated that the inception of institution of the judiciary was to advance the administration of justice a harbinger of which was P.N DUDA case against V.P SHIV SHANKAR and OTHERS quoted in the order.

The court also indicated another case of Sharaf Faridi and three others against the Federation of Pakistan and clarified that the court could provide relief according to the facts and circumstances as 'justice delayed was justice denied' which could lower the image of judiciary in the eyes of public 'which should have touched the skies'.

It also observed that the rule of law was necessary for the society which was also pointed out by Surah 4,5 and 55  of the Holy Quran.

'The rule of law is the very bedrock on which the foundation of the entire Islamic justice is based' stated the order.

Concluding the judgment, Justice Mazhar Ali Akbar Naqvi quoted Article 19-A of the constitution of Islamic Republic of Pakistan, West Pakistan Tribunals of Inquiry Ordinance 1969, the Punjab Transparency and Right to Information Act 2013, Criminal Procedure Code, Qanun-e-Shahadat order, 1984 and judgments by the Superior Court to declare that the judicial commission report prepared by Baqir Najfi was a 'public document' as it was the outcome of judicial proceedings and should it should be made available to the legal heirs of the deceased as well as the injured so they can track the actual wrongdoers.

Finally, it gave directions to the respondent, Home Secretary, Government of Punjab to provide copy of Justice Baqir Najfi commission report to the aggrieved persons.