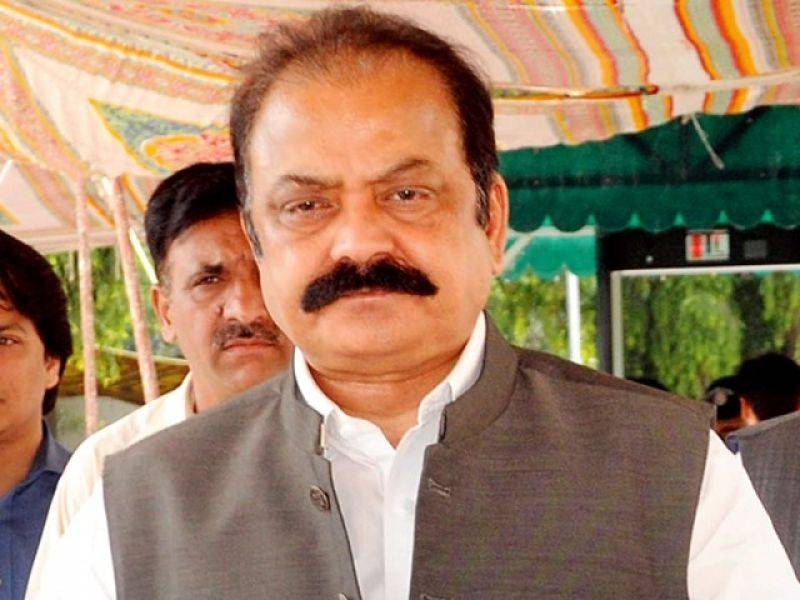 LAHORE - Punjab Law Minister Rana Sanaullah on Thursday warned that making the Justice Baqir Najfi's report on the Model Town killings will possibly promote sectarianism in country as some part of it is objectionable.

Talking to a private new channel after the Lahore High Court (LHC) ordered the Punjab Government to release the report, he said that the report contained some statements which are not true.

He added that the government is not refusing to release the report but a certain part which is objectionable in Najfi's report should be remained classified in the larger interest of the country.

LAHORE - The Lahore High Court on Thursday ordered the Punjab government to bring forth the judicial commission report ...

Terming the decision of the high court's single bench wrong, he said that the case is also fixed before the full bench of the court.

The law minister said that a full court hearing regarding the releasing of the report will be conducted on September 25, adding that the government will implement what will be decided by the court. He also termed the verdict of single bench wrong.

He further claimed that the incident occurred due to a clash between two elements and was not pre-planned. He also accused PAT chief Dr Tahirul Qadri of having a copy of the report.

A judicial commission's report is for the consumption of the government, he said, adding that it has no links with the investigation, he added.

Punjab Chief Minister Shehbaz Sharif has not been held responsible in the report, Sanaullah said, adding that no one can order the police to open fire. He clarified that police can only resort to firing in defense.