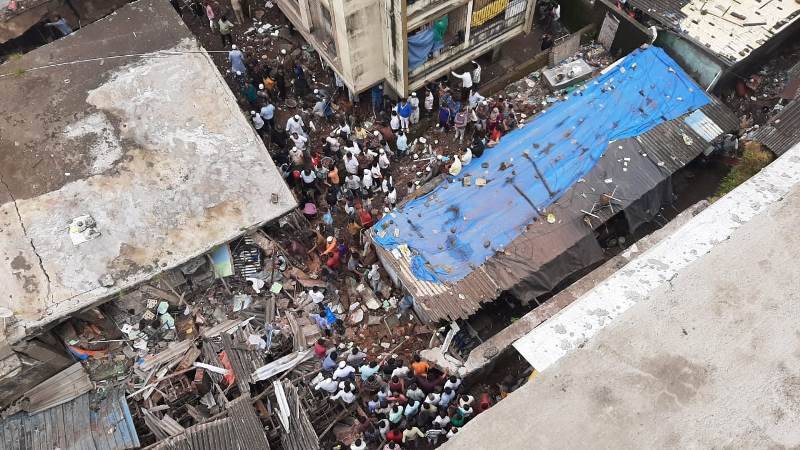 NEW DELHI -  At least ten people were killed and up to 35 were feared trapped after a three-storey residential building collapsed before dawn on Monday in western India.

The accident happened in Bhiwandi city, close to Mumbai, occurred around 3:40am, country’s media reported while quoting local authorities as saying.

Emergency workers had arrived at the scene, the official said, including a team of 30 rescuers from the National Disaster Response Force (NDRF).

The cause of the accident was not immediately clear, but building collapses are common during India’s June-September monsoon, with old and rickety structures buckling after days of non-stop rain.